Former world champion Amir Khan raised a lot of eyebrows over the weekend, when he posted a series of videos to social media, where he explained his conspiracy theory belief that the coronavirus is "man-made" and linked the ongoing pandemic to the recent rollout of the 5G speed in mobile communications.

"I don't think it's coming from China. That's a lie, really. People are saying that they were eating bats and snakes and the poison mixed. What bullsh-t is that? Do you believe that? I don’t," Khan stated.

“Coronavirus this, coronavirus that – you’re probably getting bored of it, as I am. Do you not think it’s anything to do with that 5G in these towers that are going up? It’s a man-made thing. It’s been put there for a reason – while they test 5G. It might be for population control – get rid of a lot of us, especially when they say that it harms old people. Look at these towers at night-time that have been put up, then telling people not to go out.” 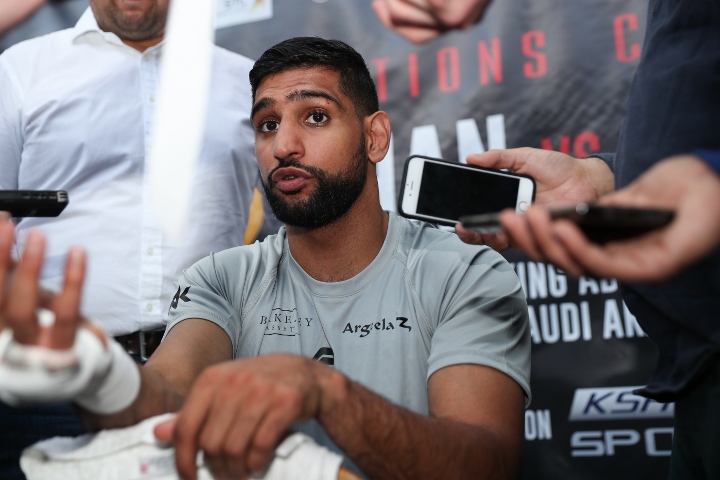 Khan is not the only person to voice that particular conspiracy theory.

A 70-foot phone mast went up in flames in Birmingham - only days after false claims began to surface that 5G was linked to cornavirus. There have been several false social media posts, fabricating information that 5G was causing COVID-19.

"The 5G story is complete and utter rubbish, it's nonsense, it's the worst kind of fake news. The reality is the mobile phone networks are absolutely critical to all of us, especially when we're at home and unable to see families and friends," Powis told The Birmingham Mail.

"I am absolutely outraged and disgusted that people would be taking action against the infrastructure we need to get through this crisis."

Khan knows what time it is. Dude is weird and quirky. But the Muslims know the deal on this one.

People are way too selfish and obviously want the attention on them, hence the foolish 5G conspiracies. Don't forget, people...this Khan idiot is the same guy who spanked his monkey on a live stream and had his wife wandering for…

[QUOTE=Ray*;20499369]I get sent all these 5G shet, I just laugh and delete it. Am not helping by sending it and spreading that dumb conspiracy theories. People really are like sheeps.[/QUOTE] Doesn't it give you a frickin' headache? Smh Put it…

[QUOTE=Jax teller;20499557]Are you joking? 'Science' is all about questioning and all theories are available to be disproved and largely based of observable evidence. Religion is about not questoning and accepting what humans have wrote down, and coincidentally become ultra wealthy/powerful…

[QUOTE=Jax teller;20499557]Are you joking? 'Science' is all about questioning and all theories are available to be disproved and largely based of observable evidence. Religion is about not questoning and accepting what humans have wrote down, and coincidentally become ultra wealthy/powerful…