Ngannou Believes He Can Match Up With Fury, Joshua, Wilder

Ultimate Fighting Championship [UFC] heavyweight contender Francis Ngannou is regarded as one of the most dangerous punchers in mixed martial arts.

He's voiced his desire, more than once, to test that power in the sport of boxing.

Ngannou (14-3) was scheduled to face Jairzinho Rozenstruik at the upcoming UFC 249 event on April 18 inside Tachi Palace Resort & Casino - but the event was officially postponed on Thursday to a date to be determined, because of the ongoing coronavirus pandemic. 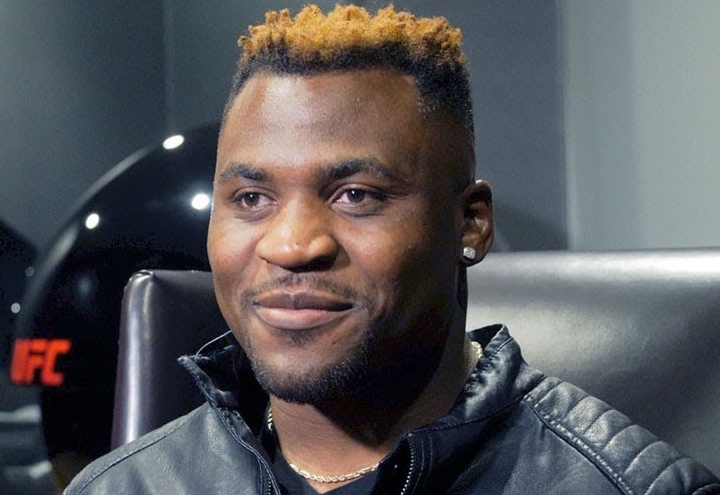 Before his combat sports career is over, the 33-year-old Ngannou wants to test his skills in the sport of boxing - in a similar manner to other UFC fighters like Conor McGregor, who crossed over to boxing in August 2017 for a fight with Floyd Mayweather. McGregor was stopped in ten rounds.

The heavyweight division has a lot of dangerous fighters at the top - like Anthony Joshua, Tyson Fury and Deontay Wilder.

With a proper training camp, Ngannou believes that he can be competitive with Joshua, Fury and Wilder.

“Honestly I think, obviously with good preparation I can match up with any of those guys,” Ngannou stated. “But once again, I’m not just going there for one shot, so I’m probably going to have multiple fights that will give me more opportunity to match up with many of those guys, if it’s not all of them. I’m really willing to do that.”

He punches hard and that’s it. The UFC and its faithful haven’t yet had it drilled into their heads that they can’t compete in a boxing ring. I figure it will take a few more crushing defeats before they finally…

Anyone who wants these fights is a complete and utter f4gg_0t and not a real boxing fan. There are so many good fights to be made at HW that Wilder, AJ and Fury would be occupied until they are past…

[QUOTE=PRINCEKOOL;20508956]Deontay Wilder is not a novice in terms of the hours he has put into the sport 'But his actual boxing skills in my opinion? Are not much higher than the level of a novice' probably [B][U]Intermediate level.[/U][/B] Wilder then…

[QUOTE=BoloShot;20508321]Compared to Wilder Ngannou is a boxing novice skills wise.[/QUOTE] Deontay Wilder is not a novice in terms of the hours he has put into the sport 'But his actual boxing skills in my opinion? Are not much higher than…

[QUOTE=Oldskoolg;20507868]I favour the idea of Ufc fighters making the switch to boxing but let us be honest here, mcgregor has a very strong base of boxing and fights in the style of “dirty boxing” in mma from what I have…