Roc Nation Sports today announced that Zhang Zhilei and Junior Younan will make their triumphant homecomings in the ring this weekend. Zhang Zhilei (19-0, 15 KOs) will return home to China on Friday, Sept. 28 to defend his WBO Oriental Heavyweight Title in a 10-round bout against Don Haynesworth (15-2, 13 KOs) in Changsha. Meanwhile, on Saturday, Sept. 29, super middleweight Junior Younan (13-0-1, 9 KOs) will take on Evert Bravo (24-8-1, 18 KOs) in an eight-round bout in his hometown of Brooklyn, N.Y. at the Kings Theatre.

Zhang Zhilei, ranked No. 6 in the world by the WBO, won the WBO Oriental Heavyweight Title in January 2017 via a knockout over Australian Peter Graham. His last fight on July 20, ended in a first-round KO over Eugen Buchmueller of Germany at the WinnaVegas Casino Resort in Sloan, Iowa. If Zhang wins his upcoming bout on Sept. 28 and retains the WBO Oriental Heavyweight Title, he will potentially fight on November 24 in Monaco against a world class contender on DAZN. If he is victorious, he would then level himself up to boxing greats in hopes of competing for a World Heavyweight Title in 2019.

Younan also has a chance to continue his professional ascension in his first fight in Brooklyn since June 2015, when he defeated Mike Sawyer by TKO on the Miguel Cotto-Daniel Geale undercard at Barclays Center. His opponent, Bravo, is a boxing veteran who gave world-ranked contender Seanie Monaghan all he could handle in a 2017 match. Bravo is coming off a seven-month hiatus after his last fight against Roamer Alexis Angulo in Mérida, Yuc., Mexico. 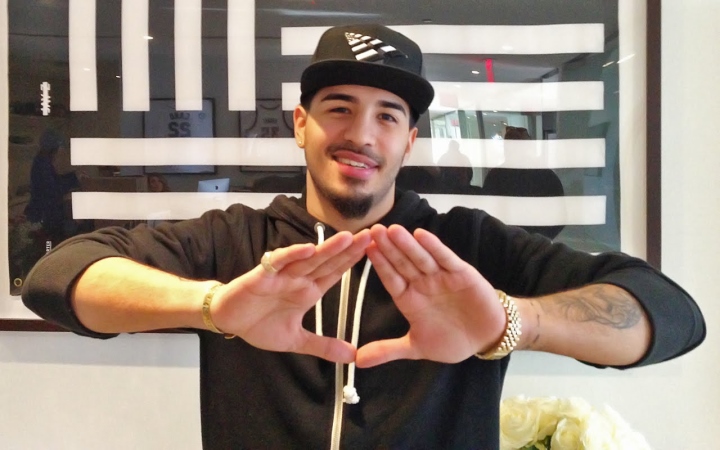 Norwegian cruiserweight Kai Robin Havnaa (13-0, 11 KOs) has suffered a hand injury that is expected to keep him out of action until the New Year.

The 29 year-old underwent surgery yesterday to repair a metacarpal fracture at the base of his right thumb following a sparring accident at his gym on Sunday.

“I was doing some light sparring at my gym when suddenly I felt something wrong in my thumb,” explains Havnaa. “I went to my Chiropractor and he sent me directly to hospital and they booked me in for surgery the next day.

“I have to thank my Chiropractor for agreeing to see me on a Sunday and Arendal Hospital for providing me with the best service I could ask for.

“The doctors were pleased with the result of the surgery and the prediction is that my thumb will be fully recovered. The rest of the work is up to me.”

Havnaa’s first injury setback comes as plans were underway for him to headline his hometown arena in November. Despite this disappointment, the undefeated fighter has vowed to come back stronger.

“Of course, I’m very disappointed. I was ready for a tough fight and looking forward to improving my career with another big challenge. I will come back stronger, and with the advice of my doctors, I will do whatever it takes to heal as fast as I can.

“I will be able to start running after a week or two and then gradually increase my fitness training. It’s still too early to say when I’ll be able to resume boxing training but I hope to be able to fight again in January or February.”

“This injury is extremely unfortunate for Kai,” said promoter Nisse Sauerland. “However, it is just a minor setback in what I’m sure will be a long and successful career. We have big plans for Kai and these will resume once his hand has fully recovered”

Roc Nation Sports still has a slate of fighters, and they're farming them out wherever they have a relationship that can get their guy a good fight, until they have something to package and take to a broadcaster. These two…

roc nation still operates? and they stage fights in china? interesting lol. Is Zhang Zhilei popular like rex tso and zhou shiming over there? dude has a bunch of first knockouts.