“We are delighted to extend the contracts of Patrick, Leon and Denis,” said promoter Nisse Sauerland. “Team Sauerland has a rich history of developing Germany’s best talent into World Champions. Leon, Patrick and Denis have already shown great potential and we’re excited to continue our work together.

“Being ranked sixth in the IBF rankings, Patrick is within range of a world title fight and that is the aim. Leon won his first title this year in front of thousands of his hometown fans and is now ranked eighth by the IBF. He has developed brilliantly and we are certain he will get his chance in the near future. Denis has also showcased his talent numerous times already and is undoubtably one of Germany’s most talented boxers.”

Patrick Wojcicki, who represented Germany in the 2012 Olympics, has been signed with Team Sauerland since he turned professional in 2015. The 28-year-old currently holds the IBF Intercontinental middleweight title, a belt he most recently defended in April against Argentina’s Marcelo Fabian Caceres (18-4, 13 KOs).

“My team and I are very pleased with the contract extension and the trust placed in us,” said Wojcicki. “During our time with Team Sauerland we have already celebrated some successes. I look forward to more success in the future and my goal is to become a World Champion together with Team Sauerland.”

Undefeated Frankfurt native Leon Bunn has been fighting with Team Sauerland since his debut in 2016. Bunn, who trains in Berlin with esteemed coach Ulli Wegner, most recently became the IBF International light heavyweight champion with a TKO victory over Leon Harth (18-4, 12 KOs).

“I’m delighted to extend my contract,” said Leon Bunn. “We are very happy with how everything’s gone so far. I won my first title this year and I’m looking forward to what the next months and years have in store for me. My goal is to become a World Champion!”

26-year-old Denis Radovan has also signed a new long-term contract, having turned professional with Team Sauerland in 2016. Denis was most recently in action against Ronny Mittag (30-4-3, 15 KOs) where he picked up the IBF European middleweight title and is now eleventh in the IBF rankings.

“I would like to thank the Sauerland family for their cooperation and trust so far,” said Radovan. “The next years will be trend-setting and that’s why I am very happy to have such a strong partner by my side.” 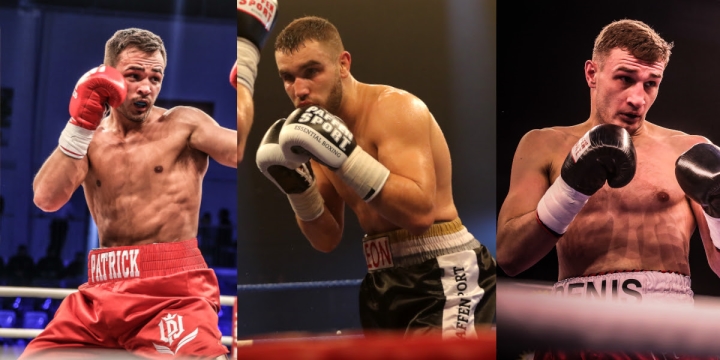 MTK Global is proud to announce the creation of MTK Tucson in Arizona under the expert guidance of renowned trainer Brad Carlton.

Carlton, who is a former coach of Oscar Valdez and now oversees the development of talented prospect Christopher Gonzalez, is enthusiastic over the future in his new role as Head of MTK Tucson.

Carlton – also the creator of pioneering pad product Versamitts - said: “I'm very excited and proud to be a part of a worldwide endeavor to bring outstanding boxing talent to the forefront.

“The MTK Tucson Gym will be a testament to the successful efforts MTK Global have made to establish gyms worldwide and elevate the sport of boxing.

“As a successful coach, I bring passion and the highest level of professionalism to a project that will pave the way for the next generation of fighters in Tucson, as well as supporting the greater boxing community.”