Sahir Iqbal admits he hasn't seen much of opponent Maredudd Thomas - but insists that from what he has seen, he feels he's better in every department.

The unbeaten fighters will clash when Iqbal (7-0, 1 KO) faces Thomas (11-0, 2 KOs) for the vacant WBC Youth welterweight title on an #MTKFightNight at the LS-Live in Wakefield on August 11, live in the US on ESPN+ in association with Top Rank and worldwide on IFL TV.

It's a fight that was initially set to happen earlier this year, and Iqbal is certain that the extra time has allowed him to become even more sure of a victory.

Iqbal said: "I've not seen much of Thomas to be honest, but I'm confident in what I've seen that I'm superior in every aspect to get the job done. I know he'll come to fight which is what I wanted in an opponent, so it'll be a good bout.

"Initially we were meant to fight in May, and I think the extra time has helped massively as I've added a new strength and conditioner to my team, so I'm feeling fitter and stronger than ever.

"It's been a little weird over the last few months having to stay away from relatives or not meeting with friends, but it's not been too different to when I'm in training camp.

"I've not had any time off since the lockdown began as I'm lucky enough to have a gym at home which has most of what I needed to train, so I'm feeling more than ready to put on a show on fight night." 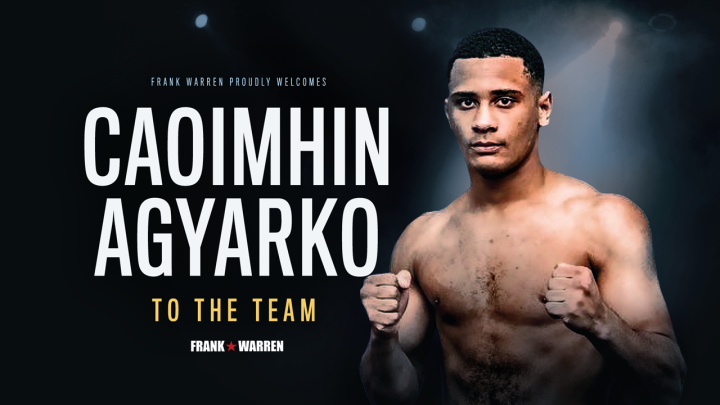 Heading up the show is the tasty looking light heavyweight collision between Lyndon Arthur and Dec Spelman with the Commonwealth title at stake in a fight where sparks are certain to fly.

Agyarko and Smith coming together is also a combustible cocktail containing mostly pure aggression and come forward intent from both fighters.

Agyarko (6-0), known as Black Thunder, recognises this domestic dust-up as his first big test, while Smith (11-1-1) acknowledges this is his time to shine in stepping up to middleweight for a golden opportunity to kickstart his career.

"He has never fought at middleweight before, but he carries a bit of power for a welterweight and has five stoppages from his 11 wins. I'll not be taking anything for granted. Regardless of whether he is a welterweight or not, I am taking it as my toughest fight to date and I am going to put on a good performance.

"Obviously I would have preferred a middleweight with a good record but nobody wanted to step up to the plate at this moment in time. Fair play to Jez for taking this fight and I am sure he will be out to prove everybody wrong and cause an upset.

"This is a stepping stone for me, a domestic dust-up and what I've been calling for. I am looking forward to getting the job done and moving on to bigger and better things."

Smith, from Harrow, is undaunted by the mission of stepping up in weight and views the fight as his potential passport back to the big stage he operated on during his prospect phase.

"I'd been preparing for a fight in Belarus and working hard, but I didn't know what was going on with travel quarantine," said Smith, the younger brother of former WBO European champion Mitchell. "So I put my name out there in case anything came up and then I got a message from my trainer saying we've been offered a fight at middleweight.

"I was going to fight between light middle and middle in Belarus so I said to myself it is just an extra few pounds and I believe I am big enough. To be honest with you, I look at Agyarko and I don't think he is a middleweight.

"I believe he is not massive at the weight and, if he wanted to, he could do a lower weight. He is quite chunky but it doesn't faze me and I believe I am strong enough and I spar bigger lads all the time.

"I can fight, I can box and, I'll tell you one thing for sure, I am not coming in as a body. I am coming to win and he is going to get a tough night's work.

"It is a massive opportunity for me. It is on BT Sport and if I put on a massive performance and turn him over it opens up a huge door for me.

"I am not saying I am going to fight at middleweight from now on, it is just a fight I believe I hold my own in. I believe I can win. I am not being unrealistic because I don't think he is a world-beater. I've watched him and he is a good fighter, but I am believe I am too and I can't wait to get in there.

"If people go off my last performance then more fool them."

Also featuring on the card is the exciting Liverpool trio of Nick Ball, Andrew Cain and Brad Strand from the Everton Red Triangle gym. 11-0 featherweight Ball takes on the 6-0 Jerome Campbell from Kingsbury.

Promoter Mick Hennessy oversees the long-awaited return of Championship Boxing to UK free-to-view TV screens exclusively LIVE on Channel 5 on Saturday 22nd August and has added a further title fight to the show.

The five-fight card, presented by Hennessy Sports in association with Ladbrokes, Infinitum and Numan, will be staged behind-closed doors at a purpose built production studio and is headlined with the long-awaited battle for the Vacant British Light-Heavyweight title between Shakan Pitters and Chad Sugden.

Hennessy is delighted to bolster the big fight-night with a sizzling Midlands derby that pits Birmingham’s Kaicee Benjamin and Wolverhampton’s Conah Walker in a fiery clash for the Vacant Midlands Area Welterweight Title with plenty of pride and honour at stake.

All-action Benjamin (10-0-1, 2 KO’s), the former Midlands Area Champion, is in fine recent form having made two defences of the title and seen off three unbeaten fighters (Shaquille Day, Levi Ferguson and Alex Fearon) in his last four fights.

Rival Walker (7-0-1, 2 KO’s) will be looking to cause an upset and beat the favourite Benjamin to prove that he is the real deal.  The former standout amateur took the unbeaten record of Nathan Bendon and then forced then unbeaten Ohio Kain Iremiren to a draw and is pumped up for the challenge against Benjamin.

Hennessy said, “It’s fast building momentum towards an exciting and long-awaited return for British boxing on the free-to-air TV platform Channel 5 on August 22nd.  We’ve got a fantastic main-event in place with the British Light-Heavyweight title showdown between Shakan and Chad and that is now complimented with a Midlands Area title clash between Kaicee and Conah.  Not only that, but we have the exciting return of cruiserweight star Isaac who’s on the road back towards challenging for titles, plus reality TV star Idris and young prospect Michael complete the card.  This is a statement that our sport is finally back and where it belongs on the big-stage on free-to-air Channel 5 for everyone to watch without having to pay.”