Robert Helenius is now the holder of the WBA Gold heavyweight title.

Earlier this year, Helenius, then # 7 in the WBA ratings, beat Adam Kownacki, then # 4, in what was billed as a WBA eliminator. In the new ratings released a few days ago Helenius is named Gold champion.

Exactly what is means to be Gold champ isn´t clear but the surprise win over Kownacki did earn the Nordic Nightmare a few more big fights.

Super champ is of course Anthony Joshua while the WBA heavyweight champion is Mahmoud Charr with Trevor Bryan as interim champ and # 1 ranked contender. 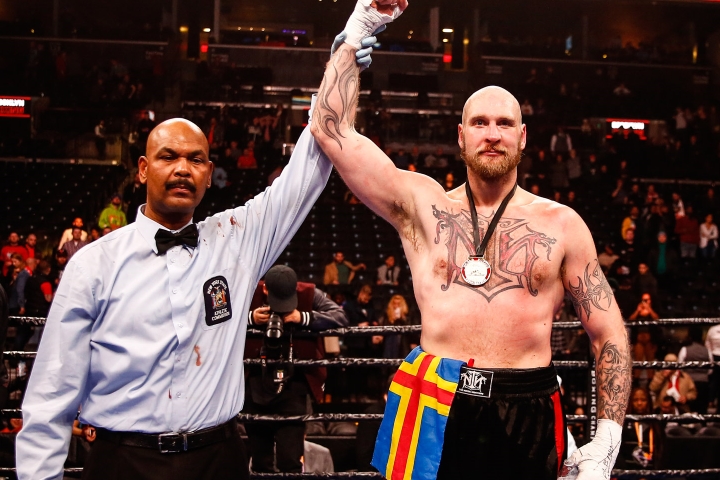 TK Promotions show in Struer (Denmark) June 20 is now postponed until the late summer or early fall. The show was first set for May 16 but was then pushed forward due to the coronavirus. It´s for the same reason it´s postponed again.

In the main event WBO female super bantamweight champion Dina Thorslund is to defend the title against Gabriela Bouvier.
....

Juho Haapoja has announced plans for a comeback and if all works out he is to return on the undercard to Edis Tatli vs Gianluca Ceglia August 8 in Olavinlinna. The 39-year old Finn retired in 2017 with a 28-8-2 where he won the EU cruiser title twice, the Finnish heavyweight belt and challenged for the EBU cruiser title.
....

Braekhus was in training for a defence against Jessica McCaskill April 17 when the coronavirus led to a cancellation of just about everything. As for next fight all is up in the air but Braekhus stays as always in shape.
....

Bulgarian heavy Kubrat Pulev plans to have Ulli Wegner as trainer for his fight against Anthony Joshua writes BILD.

The 77-year old legendary German has been sidelined with a hip fracture but may be back - some sources say he is back even if he´still in rehab - to coach Pulev. It´s been reported that Joe Goossen would take over as trainer for Pulev but that is only if Wegner doen´t make full recovery.

[QUOTE=ShoulderRoll;20501605]Pulev is better off with Joe Goosen than with Ulli Wegner in my opinion.[/QUOTE] They're both fine trainers, though I think maybe Joe's maybe better in the corner (could just be cos my German ain't good enough to follow all…

Good mix in these news. Cecilia Braekhus is not underestimating Jessica, the same Jessica who have a case for a win or a draw against Katie Taylor. :boxing:

Helenius is 36, he was never very good and he should just follow the money. How about fighting Parker?

Read the 1st sentence and could not go on " WBA gold championship" enough said about where we are going ... still made laugh amongst all this tragedy ..

Pulev is better off with Joe Goosen than with Ulli Wegner in my opinion.