Warring light-heavyweights Shakan Pitters and Craig Richards have declared war ahead of their explosive British title showdown on Saturday 14th November, when they went head-to-head on a video call with Seconds Out.

The pair have been desperate to clash in the ring to settle once and for all their feud and finally find out who really is the best of British with bragging rights and the prestigious Lonsdale belt up for grabs in the crunch clash, live and free to watch in the UK on Channel 5.

Ahead of the fight, British Champion Pitters and challenger Richards faced each other for the Hennessy Sports Boxing Unlocked series with host Danny Flexen moderating the head-to-head, but even he found it impossible to get a word in to separate the pair.

Here is a taste of what was said in the explosive and must see head-to-head:

Shakan Pitters: When he (Chad Sugden) hit you your legs were everywhere.

Craig Richards: Being hurt is what I saw against Dec Spelman, when your knees buckled.

CR: You can’t punch. You’ve got pillow fists.  You can move and avoid, but punching is not your field.

SP: Bottom line is you’re going to get battered.

CR: I’m telling you this is easy work.

SP: When things get tough, like you always do, you look for Peter Sims to pop his shirt down and put his nipple in your mouth!

CR: I’m talking you to Nandos afterwards, you know what, chin up, you tried, you can bounce back, I’ll even get you a whole chicken extra hot.

SP: I’ll be getting the bigger fight purse and Christmas is around the corner, I’ll send you a little something so you can have some Christmas money as it seems Eddie doesn’t want to put you on his shows.

SP: On November 14 you’re going to get smashed.

Ramla Ali has signed a multi-fight promotional deal with Eddie Hearn's Matchroom Boxing and will make her highly-anticipated professional debut in October subject to licensing.

Signed to Unified Heavyweight World Champion Anthony Joshua's 258 management label, Ali is trained by her husband Richard Moore and Jobi Clayton at the BoxClever Gym in Ladbroke Grove, London, and will compete at Super-Bantamweight.

Ali’s family fled war-torn Somalia as refugees after her brother had already been killed. Settling in London, she initially kept her boxing training a secret for fear her family would disapprove of the pastime for a Muslim girl.

She started boxing in her early teens and told her mother she was simply training for fitness, rather than contesting any bouts. As an amateur boxer Ali became the first female Muslim boxer to win an English Title before deciding to represent Somalia in 2017.

"There is no better place to box than Matchroom," said Ali. "You get to fight on Sky Sports – what’s better than that? It was a no brainer for me – I didn’t want to go anywhere else. I feel ready to fight now, I could go next week!

“So many doors open for you when you’re with a great management company like 258. The link with 258 came to fruition when I was on a photoshoot with Joshua Buatsi for the Wonderland magazine cover. A couple of months after that I signed to 258.

“As an amateur I won the National Title in 2015 and then in 2016 they had this new English Title series which I won. After that I won the GB Championships, which was like my first introduction to a professional fight with the lights, music and commentators.

“In competing for Somalia, I became the first boxer, male or female, to win an African Title for them. I would still love to go to Tokyo if and when the time does come. I wanted to get a head start in my professional career so now is the best time to turn pro.

"I just want to get in the ring and I feel like I can do that sooner being a pro rather than waiting around for an Olympic Games that might not come. The Olympic dream is still there but I'm excited to begin my journey in the professional ranks.

“A coach should know their boxer inside and out, who better to guide me than my husband? He will always have my back. I now have the perfect team to pursue my dreams in professional boxing. I want to become a World Champion and I hope in doing so people will develop a better view of Somalia."

"Ramla's story is incredible and inspiring," said promoter Eddie Hearn. "She has gone through so much to get to this point and I'm delighted that Matchroom will be guiding her progress in the professional ranks alongside our friends at 258 MGT. Ramla joins an unrivalled Matchroom stable that boasts some of the very best female fighters on the planet and she is in the perfect place to fulfil her dream of becoming Somalia's first World Champion."

“I’m so proud of Ramla and the team at 258 for putting this all together,” said 258 MGT Athlete Advisor Anthony Joshua. "A happy fighter is a good fighter and we know she is happy with her choice. 258 has a great reputation and strong relationships across the sporting world so we are pleased to announce this today. Long may she reign.”

“It is a great moment for Ramla to be turning pro with Matchroom, who have been leading the way in women’s boxing," said 258 MGT Managing Director Freddie Cunningham. "It has been amazing working with Ramla and being able to help generate her the opportunities she deserves in and outside the sport.” 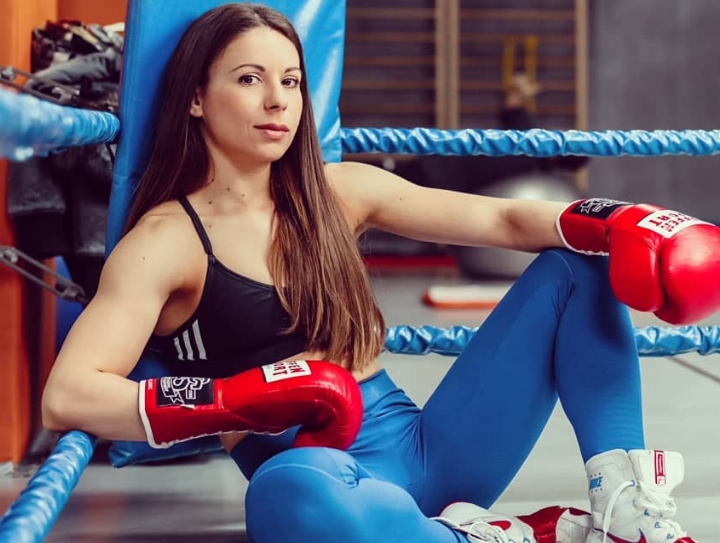 Serbia’s Nina Radovanvic (14-3, 3 KOs) says she has never felt more prepared for a fight as she challenges Denmark’s Dina Thorslund (14-0, 6 KOs) for the WBO Super Bantamweight World title this Saturday night at the Struer Energi Park in Struer, Denmark.

Thorslund will be defending her WBO Super Bantamweight World title for the third time and is headlining at the Struer Energi Park for the fifth time, the same arena where she won the belt in August 2018 against Jessica Arreguin Munoz when she produced a career best performance to win by a wide points decision.

Despite her experience, Saturday night will be Thorslund’s first title defence against a former World Champion and Nina Radovanovic says she has never felt better heading into a fight.

“I feel better and more prepared than I’ve ever felt in my career,” said former IBO World Champion Radovanovic. “I’ve had plenty of time in camp and I’m ready for the highest level on Saturday night.

“There are weaknesses in Dina’s game we have identified, but you’ll see me exploit them on Saturday night,” Radovanovic continued. “She has to deal with me before looking too far into the future!”

Thorslund has stated she that she doesn’t believe Radovanovic will be able to withstand her power and has forecasted an early stoppage, but Radovanovic is unfazed by her opponents pre-fight predictions.

“It’s nice to predict fights,” said Radovanovic. “But it’s not something I do myself. I’ll fight my best and do my job on Saturday night - I’ve been preparing for this moment all my life. This is a great chance for me and I’m not going to let this opportunity pass me by.”