IBO light heavyweight Karo Murat was cut in sparring and his defence against Swedish challenger - and stablemate in EC boxing - Sven Fornling is off. This fight might be on again in December, writes Aftonbladet.

Elevated to headline status is now the fight between super welterweights Sebastian Formella, 18-0, and Ilias Essaoudi, 13-0, in a fight for the WBO Euro super welter title. 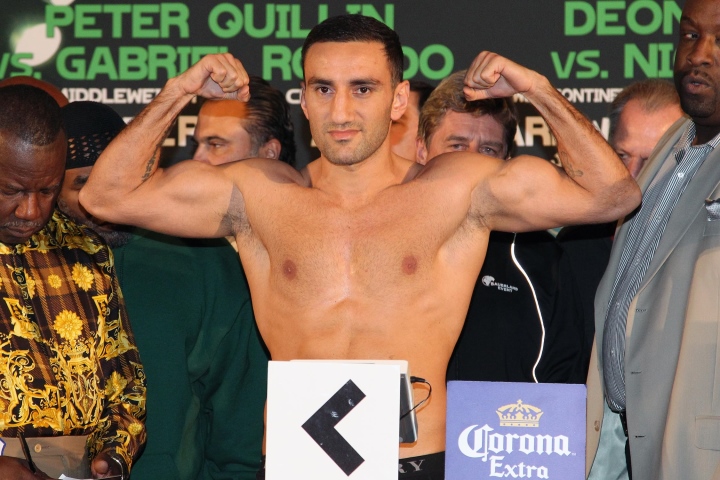 Former WBA super middleweight champ Tyron Zeuge, 22-1-1, now out of Sauerland Event and promoted by JB German Sports, will take on an opponent to be announced September 22 at the MBS Arena in Potsdam.

Zeuge lost the title to Rocky Fielding in July and has now begun a project called "Back to the Top".

As for JB, trainer and boxer Juergen Braehmer, is involved as well.

Hungarian super welterweight Balazs Bacskai, 7-0 and a former Olympian, is in against South African Nkululeko Mhlongo, 16-6, on September 14 in Budapest. Headlining the bill are lightheavies Mate Kis, 11-0-2, and Richard Baranyi, 19-3, with Kis defending the Hungarian title.
...

Former EBU and French welter champ Alain Marion have passed away at the age of 63 after a long time of illness. Marion won the EBU title back in 1977 with a knockout in the fifteenth and last round over Jorg Eipel. Eipel spent 28 days in a coma and the EBU then shortend its title fights to 12 rounds.

EBU cruiser champ Yves Ngabu, 19-0, who just saw his official challenger Noel Mikaelian (formerly known as Gevor) join the WBSS, has a new challenger in Romanian Alexandru Jur, 17-1. The EBU have set September 20 as deadline for agreements or purse bids.

Hope to see Hammer get back in the mix, maybe a rematch with Teper if he beats Helenius

Murat would be a good fight for Bivol to take while Stevenson is fighting Gvozdyk, Beterbiev is fighting Johnson, and Alvarez has the Kovalev rematch. Murat is ranked in the top 5 by the WBA, IBF, and WBC and he's…