Western Australia's rising Featherweight standout Jackson England is really not holding back in moving forward with his professional career.

The 21-year-old captured the Australia Featherweight title in his last outing, dominating and stopping his opponent Cain Brunton inside 8 rounds in a fight that many saw as a real statement made by the Perth native.

'Action' Jackson opened up about his recent victory and becoming Australian Champion at the tender age of 21. He said, "It was a dream come true to become the champion of my country and I have to thanks my trainers at the Onyx fight team in Perth and my manager WBA Oceania Manager of the year Tony Tolj for getting me this opportunity and making it happen for me.

"I thought I boxed very well, but I know that there is still a lot more to come from me. I'm 21, I'm still maturing and developing mentally and physically and that can only make my future a bright one."

England's next outing is a step up in class arguably, as he takes on 72 fight veteran Rivo Rengkung, who has recently shared the ring with two Australian standouts in Joel Brunker and Luke Jackon, the latter having recently mixed it with Carl Frampton. The Perth native discussed the threats posed by his Indonesian counterpart Rengkung on May 17 in Metro City, Northbridge Perth in the Main Event of Thunderdome 30

England said, "Rengkung has been in with some really good quality fighters, fighters I look up to like Joel Brunker and Luke Jackson. It's a great test at this stage in my career to see how far I can truly go, but I believe I can go all the way so I need to look good against Rengkung and hopefully that will set me up for some big fights down the line.

"Brunker and Jackson are two of the most recognisable fighters in recent times at Featherweight. They've boxed the best in the likes of Lee Selby and Carl Frampton, so for me, I have to make sure that I am on my game as I am aiming to achieve what these fighters achieved in their careers."

A diverse and glittering array of boxing greats will be honored with induction into the Nevada Boxing Hall of Fame at the 7th Annual Induction Weekend spectacular August 9th and 10th 2019 at Red Rock Casino Resort and Spa in Las Vegas. The partnership with the Red Rock Casino and Spa is just the beginning of a wonderful relationship with the NVBHOF.

Tickets priced $95 (Ceremony only)  $250, $350 (Dinner and Ceremony), and $500 (Access to all weekend events) for the weekend's events and Induction Gala are on sale now at NVBHOF.com.   All proceeds go to support the mission of building a Hall of Fame Museum to honor Boxing's Legends and to develop programs for the community to help young people improve their lives through the many positive aspects of Boxing.

The Inductees were announced at a press conference hosted by NVBHOF Founder Rich Marotta and 2014 NVBHOF Inductee, "Colonel" Bob Sheridan.

CEO and President Michelle Corrales-Lewis said, "I'm extremely excited about this year's Class. I feel it's one of our most glamorous ever!"

The weekend will kick off with a fan friendly Meet and Greet in the afternoon on Friday August 9th.  Come get autographs, take pictures or just have a conversation with some of your favorite boxers or industry contributors. In the morning of Saturday August 10th watch as the future stars of boxing showcase their talents in our 3rd Annual WBC Amateur Green Belt Challenge.  Finally, in the evening of Saturday August 10th the moment we all are waiting for, the 7th Annual Induction Ceremony.  Join us as we honor the entire 2019 Induction Class for what they meant to the sport of Boxing in Nevada. 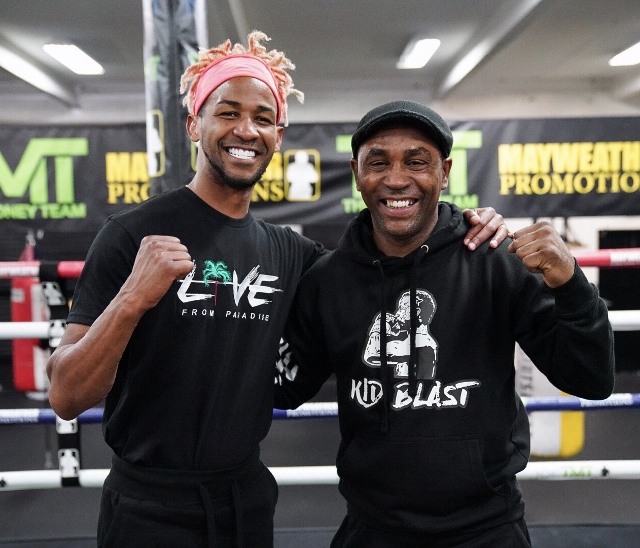 Bensalem, PA--Miguel Cartagena ends his one-year year layoff when he headlines a seven-bout card against Jesus Soler, of Arecibo, Puerto Rico, in an eight-round flyweight contest as part of Xcite Fight Night 4 at Parx Casino® on Saturday evening, June 15.

Cartagena, 26, of Philadelphia, PA, has not boxed since last June 29 when he dropped an eight-round split decision to Carlos Maldonado, of Los Angeles, in the same ring.  A knockdown suffered in the last round cost Cartagena (15-5-1, 6 KOs) the decision.

"I'm excited to be fighting at home again" Cartagena said. "I'm working on staying focused in the ring and sticking to the game plan. I'm going to go out and deliver a main event performance for the fight."

Cartagena is looking to change his luck both with his record and at home in the fight with the 30-year-old Soler (10-1-1 5 KOs), who is fighting stateside for the second time in his career.  Soler's only loss was in 2013 and since then he's racked up six wins, three by knockout.

"I am very grateful to God and to my management team, Pivott Boxing, for presenting me with this opportunity." said Soler. "We are getting ready to put on a great performance. On June 15 in Pennsylvania, there is going to be a war. You will see a very focused Soler. We are training very hard with the best sparring partners Puerto Rico has to offer.  I will accept nothing less than a victory. I really hope my opponent is also training hard because on that night he will go to war with a warrior hungrier and more aggressive than anyone he has ever faced. We owe the fans a great performance on June 15."

This main event will delight boxing fans as both flyweights not only carry the speed and punching precision the division is known for but also carry power.

Also featured on the Xcite Fight Night 4 card will be an all-Philadelphia lightweight showdown as Jerome Conquest (10-3-0 1 KO), fresh off of a win in the last Xcite Fight Night, will take on Frank Trader (12-2-1 3 KOs), in the eight-round co-feature.