TMB & PRB Entertainment, presents "Whose "0" Must Go", live professional boxing Saturday April 21, 2018, from the Mi Mercado Event Center in San Antonio, TX. The 6-round main event will feature welterweights, James Cantu (10-0, 4 KOs) vs. Jairo Castaneda (9-0, 3 KOs), two undefeated local natives who will put their unbeaten records on the line, in their hometown. In the 6-round co-main event, local fan favorite, Daniel "Da Beast" Baiz (12-1, 6 KOs), will face an opponent TBA.

The undercard will showcase nine additional bouts, mostly consisting of local talent. This will be the second boxing event put on by TMB & PRB Entertainment at the Mi Mercado Event Center. The first being last month, with Mikey Garcia Promotions as the sponsor.

"We are thrilled to bring live boxing back to the Mi Mercado Event Center, especially with two undefeated local boys fighting in the main event." said Rick Morones, president of TMB & PRB Entertainment. "I'm expecting a sold-out show, so I advise everyone to get their tickets well in advance. This card will be filled with some action-packed fights."

"Rick Morones is doing a fantastic job promoting live boxing throughout the city of San Antonio," said Greg Hannley, CEO of Prince Ranch Boxing, who manages the career of Daniel "Da Beast" Baiz. "With Daniel being very popular in his hometown, I'm looking forward to seeing all his fans in the crowd. San Antonio has amazing fans and the city is becoming a great fight town." 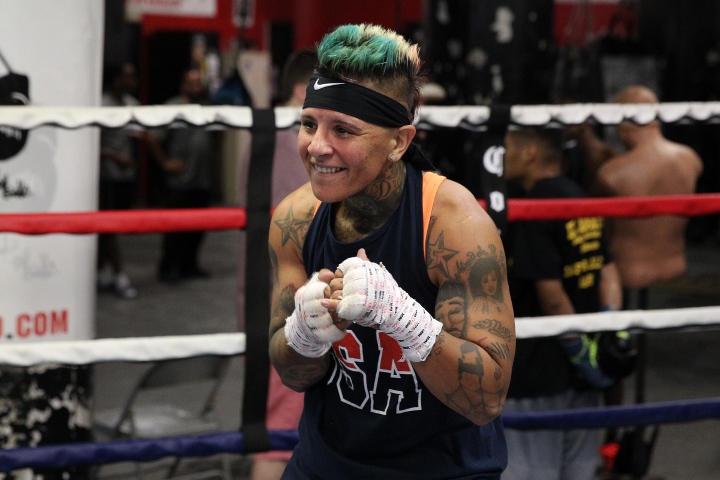 Tickets for the event, promoted by DiBella Entertainment, priced at $125, $75 and $45, go on sale tomorrow and can be purchased online at Foxwoods.com, Ticketmaster.com, by calling 800-200-2882, or visiting the Foxwoods box office. Foxwoods Resort Casino is located at 350 Trolley Line Boulevard, Mashantucket, Connecticut 06338. Doors will open to the Fox Theater at 5:30 pm with the first bell at 6:00 pm.

"I am happy to again bring Broadway Boxing back to our home away from home at Foxwoods Resort Casino," said LOU DIBELLA, President of DiBella Entertainment. "The stacked card will include Shelly Vincent, a great ambassador for women's boxing from Rhode Island, facing another former world title challenger in Edina Kiss, in what promises to be an entertaining battle, as well as a can't-miss welterweight brawl between Massachusetts prospects Khiry Todd and Adrian Sosa. Foxwoods staple Mykquan Williams, from East Hartford, will also compete for his first title belt."

Making her ninth appearance at Foxwoods Resort Casino, the popular SHELLY "SHELITO'S WAY" VINCENT (21-1, 1 KO), of Providence, Rhode Island, will square off against Budapest, Hungary's EDINA KISS (14-6, 8 KOs), in a 10-round junior lightweight bout. Vincent has won three straight since her only defeat in August 2016 via majority decision to Heather Hardy in what The Ring Magazine hailed as the "Female Fight of the Year." She was honored by the Connecticut Boxing Hall of Fame as their "Fighter of the Year" in 2016, becoming the first female recipient of the award. Managed by Mike Criscio and trained by Peter Manfredo Sr., Vincent last fought on October 28, defeating former world title challenger Calixta Silgado by unanimous decision. The battle-tested Kiss has also fought Hardy as well as both Amanda and Cindy Serrano.

KHIRY "TNT" TODD (7-0, 5 KOs), of Lynn, MA, will take on ADRIAN "TONKA" SOSA (6-0, 5 KOs), of Lawrence, MA, in a battle of unbeaten local welterweight heavy hitters, scheduled for six rounds. It is a testament to their self confidence that both Todd and Sosa are willing to risk their perfect records against one another at this early stage of their careers. Only one will return to Massachusetts with the momentum to move forward, while the other will have to rebound from their first defeat. The 26-year-old Todd had 40 amateur bouts and won the New England Golden Gloves tournament in 2016 before turning pro that December. The 22-year-old Sosa was a 2014 New England Golden Gloves champion and turned pro in July 2016 following an 18-2 amateur career.

Just 19 years old, fast rising East Hartford prospect "MARVELOUS" MYKQUAN WILLIAMS will compete for the WBC USNBC Silver super lightweight title in a bout scheduled for eight rounds. Promoted by DiBella Entertainment and managed by Jackie Kallen, Williams made his New York debut in his last bout on February 7, needing less than one round to knock out Preston Wilson. Williams is trained out of Manchester Ring of Champions Society boxing gym by local legend and community leader Paul Cichon, whom he's known since he was a child and looks upon as a surrogate father. Williams was a decorated amateur with a 45-13 record, highlighted by three gold-medal performances at the Ringside World Championships, in addition to winning the PAL Tournament and Silver Gloves Championships.

Additional information on the undercard will be announced shortly.

If the middleweight championship rematch between Gennady "GGG" Golovkin and Saul "Canelo" Alvarez takes place, the live fights at Foxwoods will be accompanied by a closed circuit viewing of the pay-per-view telecast, held in the Grand Pequot Ballroom. Fans who buy tickets to Broadway Boxing will be able to present their ticket stubs at the Grand Pequot Ballroom to receive a discounted price of five dollars to watch the Golovkin-Canelo broadcast.