Here is what Blair Cobbs had to say about his upcoming fight with Kerobyan.

On his matchup against Ferdinand Kerobyan:

"This is going to be a great fight between two undefeated fighters. He's very aggressive and throws a lot of punches. I'm coming into his backyard where he's fought many times. I feel I'm the superior boxer and I'm going to prove that I'm the better man when we step in the ring. I know he was a decorated amateur and he'll be the best fighter on my résumé, but I'm confident in myself, my will to win will be the key to victory."

"Training camp has been great. The work I've been getting has been with some of the top fighters in Las Vegas. Right now, I'm in the best shape of my life as my strength and conditioning has been tremendous. My team and I have a game plan we feel will work against an aggressive fighter like Kerobyan."

On fighting for his first regional title:

"This is a monumental fight for my career. A victory will open up many doors for me to land some big fights with all the top guys in the welterweight division. Winning the Junior NABF title will be the first step toward getting ranked, and one step closer toward getting a world title shot. I'm excited for the opportunity and I'll be ready to bring the heat on fight night."

"Fighting as the co-main event on this new series is the kind of opportunity that I've been seeking since singing with Golden Boy. I'm looking forward to putting on a great show for all the fans that will be tuning in. Everyone watching will see a hungry fighter in myself, one who is going to leave everything in the ring." 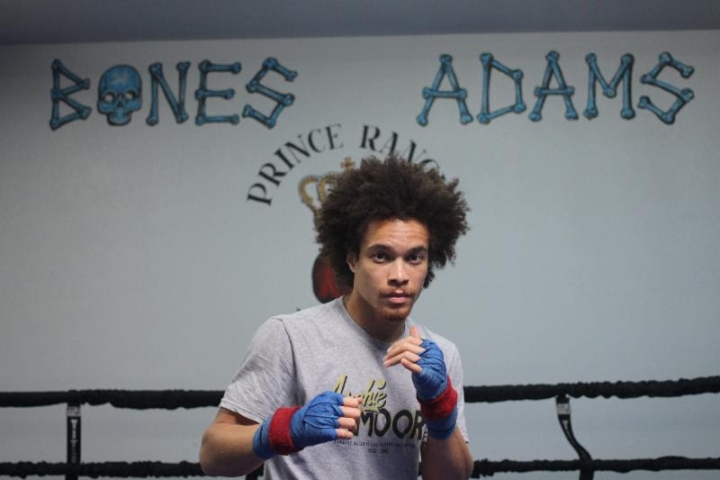 Also announced is that Henderson has signed a multi-year extension with his manager,  No Limit Mindset LLC.

"Loyalty is a big thing for me, I have been managing Kalvin since his pro debut and with this deal Kalvin demonstrated his belief in me as his manager for the critical years of his career. I am excited to get right to work with Marshall Kauffman to put a plan together for Kalvin in 2019," Said Shane Shapiro of No Limit Mindset LLC.

"King's Promotions is known to take their fighters to the next level of their career, and that's what we are looking to do with TV fights coming soon! Huge shout out to my manager Shane Shapiro with No Limit Mindset for working on and securing this deal to advance my career. No Limit Mindset, Straightright and Team Sauce are taking over,"said  Henderson

Henderson (11-0, 7 KOs) of Fort Worth Texas by way of Fayettville, Arkansas burst on to the scene with an impressive 7th round stoppage over Brandon Robinson in Robinson's hometown of Philadelphia, on December 7th in a fight that was named "Philadelphia Fight of the Year."

Henderson earned a prestigious Briscoe Award for which he will be honored on April 14th.

Scottish star David Brophy wants to face British super-middleweight champion Zach Parker next once he gets through his fight in Glasgow this week.

Former Commonwealth champion Brophy (21-2-1) returns to action live on iFL TV at the Emirates Arena on Friday, and he hopes a win there can lead to a showdown with Parker.

Brophy said: “I’m not one to usually call people out, but I really fancy a British title fight this year. I think me against Zach Parker is a good fight and it has all the ingredients to be an exciting one.

“I’ve been patient and don’t ask for much in this game, but I think titles are what I deserve. Hopefully I can get through this fight this week and then me and Parker can get it on.

“We saw Parker fight Darryl Williams in his last fight and personally I thought he should have lost, but credit to him for fighting on through the injury.

“That fight was in Scotland, and it would be great for a fight between me and Parker to be in Scotland too. I’m a popular guy here, so I think it makes sense for it to be here.”

This week’s show in Glasgow features Iain Butcher challenging Scott Allan for the Celtic bantamweight title, while a number of exciting stars are also in action, including Kieran Smith, Lewis Benson, Michael McGurk, Reece McFadden, Jack Turner and many more.