The New Year Is Here, So Here Are My 2021 Boxing Wishes

Of course, an end to the coronavirus pandemic so we can have big crowds at fights again and full media sections.

Third year in a row for this one: Errol Spence Jr. vs. Terence Crawford. Time for both men to tell their teams to make the fight -- and for both sides to be realistic about the terms they demand.

Tyson Fury vs. Anthony Joshua for all the heavyweight marbles.

At least the start of a series of big fights between Teofimo Lopez Jr., Ryan Garcia, Gervonta Davis and Devin Haney, the four undefeated and exciting lightweight young guns. If they all fight each other they can help carry boxing for years.

Canelo Alvarez to do at super middleweight what he didn’t do at junior middleweight or middleweight: attempt to unify all four belts. He’s a free agent and there is no reason unification bouts with the Caleb Plant-Caleb Truax winner and Billy Joe Saunders can’t happen this year.

Jose Ramirez vs. Josh Taylor for the undisputed junior welterweight title. Thankfully, the fight is in Top Rank’s plans for later in the year. 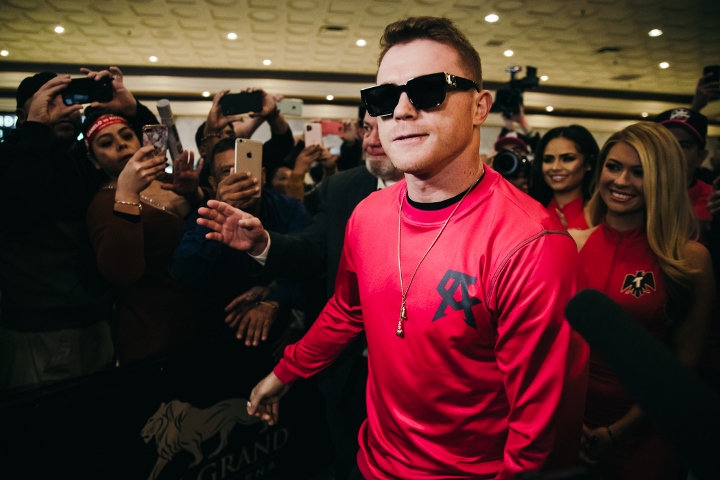 A quick death to the WBC’s misguided plans for a bridgerweight division.

The continued brilliance of Shakur Stevenson, who is a good bet to someday top the pound-for-pound rankings.

For one of the major trading card companies to produce a comprehensive boxing set with all the bells and whistles.

More emphasis on quality of opposition.

A multi-part documentary on the life and career of Tyson in the style of the “Last Dance” project on Michael Jordan and the Chicago Bulls championship teams.

The WBC’s continued commitment to its Clean Boxing Program. Other sanctioning bodies need to step up their drug testing efforts.

No more excuses from Deontay Wilder or Vasiliy Lomachenko, among the sorest losers in recent memory.

Jim Lampley and Roy Jones Jr. back behind the mic calling big fights where they belong.

No more ducking and dodging.

Top Rank and Premier Boxing Champions to more regularly match their best fighters. They did it for Fury-Wilder II so there is obviously a blueprint.

A four-man tournament at junior bantamweight: The winner of the March 13 unification fight/rematch between Roman “Chocolatito” Gonzalez and Juan Francisco Estrada against the winner of a fight that should be made between titlist Kazuto Ioka and former champion Srisaket Sor Rungvisai.

Another season of “The Contender” reality series.

Artur Beterbiev vs. Joe Smith Jr. for the light heavyweight title in a fight that is a lock to produce action.

I still want to see Regis Prograis vs. Maurice Hooker.

Put the “prize” back into prize fighting. If a negotiation is hung up on the revenue split do something like 45-45 to each side with the winner getting the remaining 10 percent.

For the Miguel Berchelt vs. Oscar Valdez fight to live up to the expectations.

For somebody to please find the invisible head butt in the Joshua Franco-Andrew Moloney rematch.

To see Tim Tszyu fight in the U.S., where his dad, Kostya Tszyu, made his name.

Appreciation for one of the most underrated titleholders in the sport, flyweight Moruti Mthalane.

Another big fight for future Hall of Famer Nonito Donaire.

Better rankings by the sanctioning bodies that are at least partially based in reality.

The eradication of the embarrassment to boxing known as the WBA -- the super version, the regular version and the interim version. It’s done more to harm boxing in recent years than any other person or entity.

For the International Boxing Hall of Fame to adopt a percentage threshold, say 75 percent, like in baseball, to determine who is elected instead of the top three vote-getters being elected.

Hall of Fame election for Miguel Cotto, Timothy Bradley Jr., Carl Froch and Ivan Calderon, who are just a few of the many deserving holdovers on the ballot.

A meaningful opponent for Vergil Ortiz Jr. to fight.

A successful comeback for Daniel Dubois. One loss should not ruin his career.

A contender to have the stones to get in there with Filip Hrgovic and Jaron Ennis.

The continued development of top prospects Edgar Berlanga, Israil Madrimov and Charles Conwell, among others.

And, as usual, for peace on Earth, but not inside the ring.

Given the way the sports card industry has blown up, I'm genuinely surprised that we haven't seen a boxing set in the last year or so, and that so far at least none appears to be on the horizon in…

Man if this list come to fruition it would be a great year and i would be one happy fight fan. Also awesome giving Tim Tszyu a mention. Lets go Tim 2021 your year bro to get that worldtitle.

"For one of the major trading card companies to produce a comprehensive boxing set with all the bells and whistles", I would be down for that!!!! Now everything digital . Video games used to always include a huge manual you…