Nestor Bravo is not looking too far ahead as to where his pro career will head.

Instead, each fight is just as important, even though he is the favorite going in. 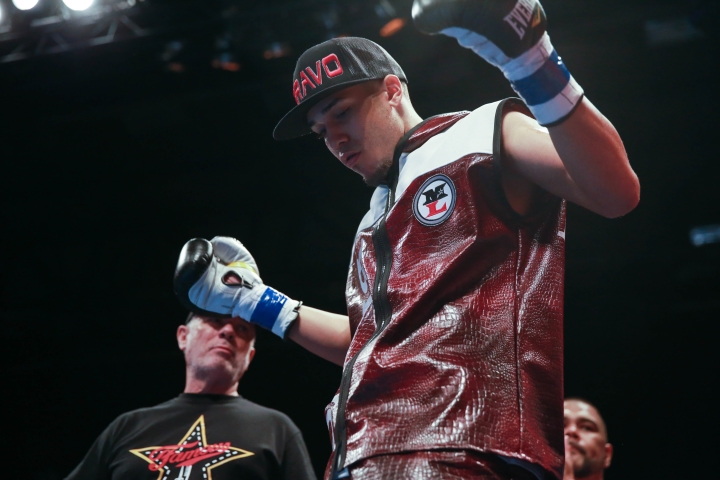 The unbeaten Bravo (18-0, 13 knockouts), who resides in Arecibo, Puerto Rico, last fought on November 22, stopping Rodolfo Puente of Colombia in round 2. Bravo has displayed more power and aggression in recent fights, having stopped seven of his last eight opponents.

Wednesday night will mark Bravo’s debut under the PBC banner. After splitting time between fighting in Puerto Rico and in Florida since turning pro in February 2015, Bravo is glad to finally showcase his talent on a significant platform.

Bravo will square off against Gallegos (19-8, 14 KOs), a Mexican-American who resides in Bakersfield, California. In his last bout on January 18, Gallegos defeated Ricky Lopez by unanimous decision.

The 26-year-old is aware of Gallegos’ recent success in the ring. Including the victory over Lopez, Gallegos has now won his last three fights after losing his previous four.

Bravo anticipates the best version of Gallegos Wednesday night and believes the fans will receive action in what could be another chapter in the rivalry between fighters from Mexico and Puerto Rico.

“(Gallegos) is a typical Mexican fighter,” said Bravo, who is trained by Jose Bonilla and managed by Luis DeCubas. “He’s a strong fighter. I’m sure he is going to come in at his best and do his job. My objective is to be the better man, whether I win by decision or by knockout. If he gets hurt, I know what I’m capable of to finish him.”

Bravo is confident he can make headway towards bigger fights later this year or in 2021, but his main focus is on defeating Gallegos. He is on the cusp of becoming a contender in a talented division.

As the opposition he will face gets tougher down the road, Bravo believes his quality of opposition he faced in the amateurs and the fighters he has sparred against will count for something down the line.

“I am confident that I can make an impression against anyone at 135 pounds. I don’t mind sparring against top fighters to get better. I have sparred the likes of Javier Fortuna and Jose Pedraza. They have made me better. I also beat (2016 Olympic Gold medalist and unbeaten pro fighter) Robson Conceicao  in the amateurs.”

“I knew that signing with PBC would open doors for me. First things first, I need to take care of business against Gallegos. Afterwards, I’m open to facing anyone at 135 pounds. I want to face the top contenders in the division.”

Nestor Bravo, got lots of skills and is very talented, he will become champion sooner than later.

This will be the first time I'll be seeing Nestor Bravo in action. He has a decent professional record, and won some significant fights in the amateurs. He beat Felix Verdejo, and Robson Conceicao the Brazilian 2016 gold medalist prior…