The rematch is scheduled for December 7 in Saudi Arabia.

Back in June, Ruiz dropped Joshua four times to secure a seventh round stoppage before a stunned crowd at Madison Square Garden in New York City. 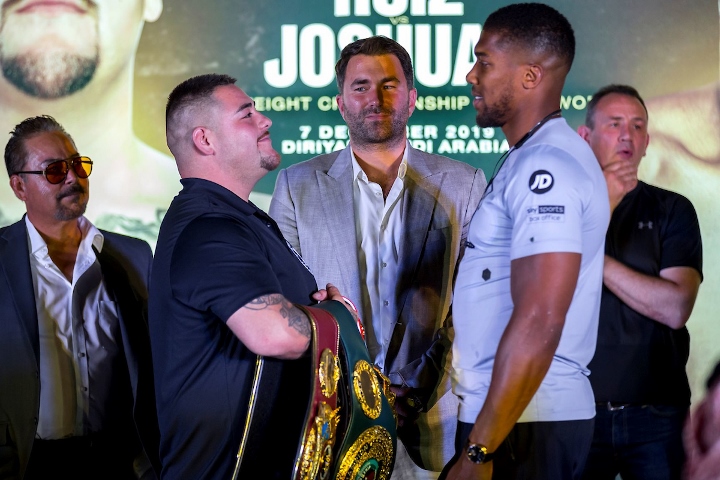 “The first time Anthony Joshua met Ruiz, he didn't even look at Ruiz. He thought, 'I've got this little fat guy now' and he made the mistake, but he'll never make that mistake again," Nelson told Daily Star.

“You look at all these fighters that were wealthy as hell, but they still put up amazing performances as if they had nothing. Anthony Joshua didn't fight like a hungry man, but he will now because he wants to do it. Now he wants to do it for himself.”

Look at Ali and Floyd they can float and run when chase by a midget like Joe Frazier and Pacman. Ruiz will gassed out after eight rounds of chasing!?

I agree I think Ruiz will win the rematch. He was wise to back up as Ruiz peppered him with shots. I have no clue why he did not try to stay at longer range. I question his IQ as…

It's a mentality thing. Fury will fight back through anything and in his mind refuses to lose, he will fight and hustle no matter how the fight is going. Losing, down, injured, cut, whatever, the Gypsy King fights on and…

I've obviously seen all kinds of opinions of this fight both here and everywhere else. I have not always followed boxing closely but have again the last few years. I'm not a Joshua fan or hater. With this fight, I…