Macias is a rising prospect of Lancaster, Calif. who is developing a reputation for throwing as many punches as he can per round. In his most recent fight, Macias took the undefeated record of Marvin Cabrera via sixth-round technical knockout in September. In this fight, Macias threw a CompuBox junior middleweight record of 219 punches in the fifth round. This action-packed style not only earned him the victory that night, but also a contract with Golden Boy Promotions and his first headlining event against Soto Karass.

"I'm so blessed," said Neeco Macias. "I just want to prove to Golden Boy Promotions that I'm going to work hard, learn and bring some great fights to Golden Boy cards in the future! Fighting a great fighter like Soto Karass is so amazing. I have to do all the preparation I did for past fights and more. Training hard is automatic in my preparation for fights, but now it's a must to train harder than ever!" 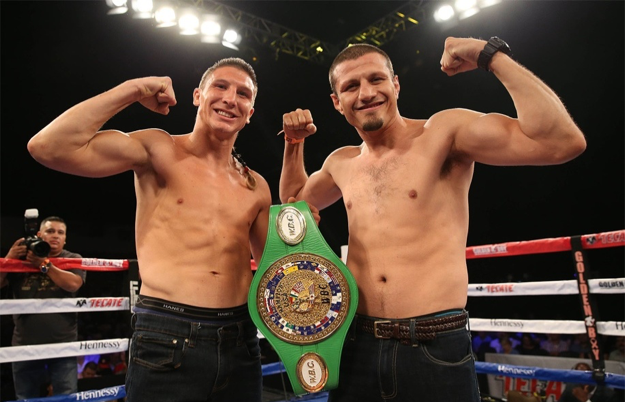 Soto Karass has faced a who's who of welterweight champions and contenders, including tough fights against two-division champion Marcos "El Chino" Maidana, Keith"One Time" Thurman, and a pair of all-out wars against Yoshihiro "El Maestrito" Kamegai. Soto Karass also possesses a spectacular 12th-round technical knockout victory against former WBC Welterweight Champion Andre Berto. Soto Karass is coming off a tough loss to Juan Carlos "Merengue" Abreu but will look to end his career on a high note by defeating a rising prospect.

"I'm grateful to Golden Boy Promotions for everything it has given me," said Jesus Soto Karass. "I thank my fans and the boxing family for welcoming me into their homes and hearts. I won't be leaving the sport of boxing. I'll continue as a coach or manager. Neeco Macias will be facing a great veteran, a warrior who always gives everything in the ring. We will see what this 'Rooster' is made of on Nov. 8"

In the co-main event, Manny Robles III (16-0, 8 KOs) of Los Angeles will defend his NABF Featherweight Crown against Jose Gonzalez (23-6, 13 KOs) of Guadalajara, Mexico in a 10-round clash.

Jordan White (4-1, 3 KOs) of Washington, DC will open up the evening in a four-round featherweight clash against an opponent that will be announced shortly.

[QUOTE=bigdunny1;19215706]Check out his last fight it was on Facebook Watch Live he was brought in as a step up for a legit blue Chip Golden boy prospect. A Mexican at that. Not only beat him but won over the entire…