Nazarena Romero Changes Life For The Better Through Boxing

Sometimes, no matter how hard you want it, you simply can´t. The current situation that the world is going through, with the coronavirus pandemic, cancelled all of the sporting events.

Last month, Nazarena Romero (10-0, 4KOs) and Julieta Cardozo (12-5, 1 KO) were scheduled to collide for the World Boxing Association super bantamweight championship, inside the Argentinean Boxing Federation facilities. It was set for Friday March 20th, but it was postponed due to the beginning of a mandatory quarantine for all of Argentina.

Romero, best known as “La Capricho” is #12 in the world rankings, which is commanded by Marcela Acuna, while in the third spot is occupied by Venezuelan Mayerlin Rivas. 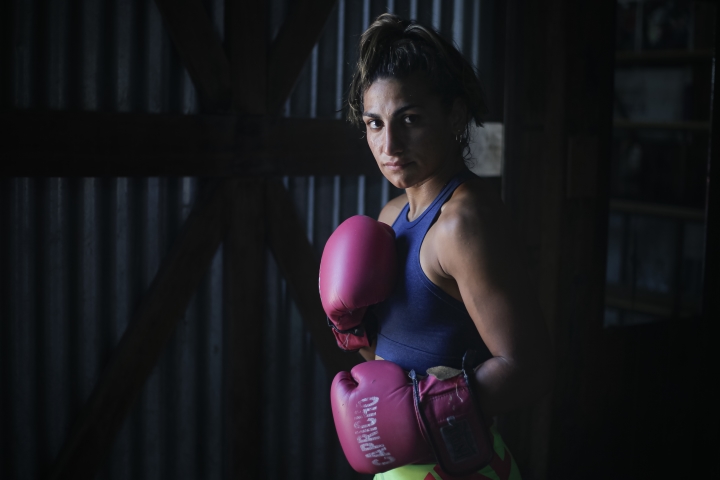 In 2009, “Capricho” won the South America championship against Marianela Ramírez, and in December she captured the National belt after defeating in 10 rounds Laura Griffa. Romero is looking for her golden dream of becoming world champion this year, although she has already won a lot by ending up unscathed from all the difficulties she had faced and starting over a new life which she clung onto with her soul.

Nazarena started in boxing by casualty, it was like an angel that showed up to offer her a new the opportunity to a new life alongside Julieta and Maia, her daughters  She was born in the province of Catamarca inside a family surrounded by poverty and violence. She had an alcoholic father that when hanging out with his friends seemed to forget about the women who lived under the same roof, and gave the green light to his opportunist drinking friends to go overboard with Nazarena and her sister.

She escaped from school, from home, and from everywhere while her mother would go search for her everywhere. The getaway sign of what she would see at home took her to be homeless. This led her to start doing drugs at the age of 9, to live with a significant other at 12, and becoming a mother at 15 for the first time. With the plan of being able to find her own living in the world she abandoned the land that saw her born and established herself in the neighbor province of Córdoba, where she started working whatever job she was able to find.

She became acquainted with the sport of boxing when one day she went to buy something to a hardware store; she was helped by the owner, a boxing fan and also a boxing event organizer. Nazarena saw the pictures that decorated the walls, and she told him as an impulse that she wanted to become a boxer, and that was the way she started her journey to boxing. The nickname she carries was acquired because of the stubbornness she was known for. She started training in double shifts. “La Capricho” found in boxing her dream life.

"I train with Darío Martinez, Tato Córdoba and Pato (Virgilio) Araoz. Boxing changed my life 100%, it changed everything," Romero said.

"Letting everyone know that you can make it, everything we dream is achievable, it is not easy, but neither impossible and that we are able to overcome anything, of being all what nobody thought we could be. I am sure that nobody believed I could be where I am now.

"I had 27 fights as amateur. The first one was crazy; I made my debut with a bigger boxer. My daughters are used to my life. Now that they are growing it gets more difficult, but I try to inculcate and show them all the sacrifice I do so they could be fine so they don´t lack anything. Thank God it has been a while since I have been able to dedicate to boxing only, and with the help of sponsors too."

Respect to Nazarena Romero, never knew this part of the story of her. This woman merit respect the same as a human being and as a boxer. Thank goodness she going to try and accomplish her dream. :boxing: