Navarrete Training Hard For Planned Return on June 6 in Mexico

WBO super bantamweight champion, Emanuel 'Vaquero' Navarrete, is going through the strongest part of his preparation with a view to his next fight - which is going to be the headliner of the first boxing function to be held in Mexico, after the emergence of the coronavirus pandemic.

The function could be carried out on Saturday June 6 without an audience, with a ring installed in the TV Azteca studios in Ajusco. The event organizers will follow all of the safety and prevention protocols set down by the medical body of the World Boxing Council, the Boxing Commission of Mexico City but as long as the CdMx Health authorities approve said event.

Navarrete (31-1, 27 KO's), a world champion with five successful defenses, has done most of his preparation in a small gym that he installed at home in Mexico City, but with an advantage because his trainer uncle and his boxer cousins ??have helped him with his training plan. 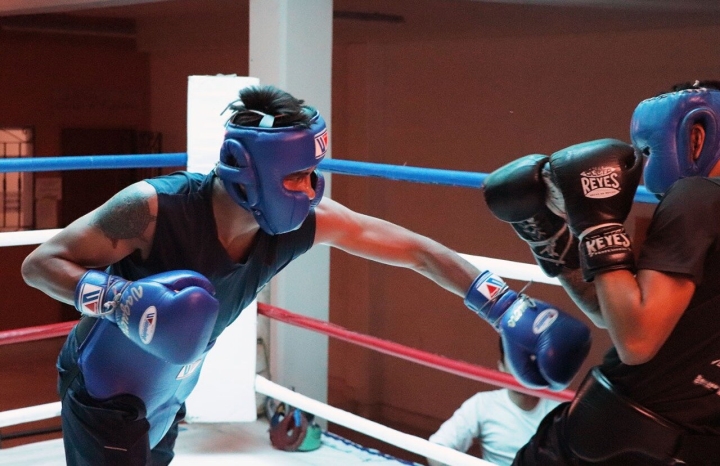 This week, the demand will be at its maximum for Navarrete, because in addition to the double session, with a long run in the morning and the exhausting gym sessions in the afternoon, it will include a double work load of speed, strength, endurance and recovery, to be able to close the strong stage of the camp on Friday.

Navarrete, all the boxers, the corners and all of the personnel that will be involved in the event will be undergoing tests and daily monitoring by the assigned doctors and strictly complying with the sanitary protocols approved by the local health authority.

Navarrete will not defend his championship, as he will fight at the featherweight limit of 126 pounds.

Navarrete will take part in his second fight of the year. In February, at the MGM Grand in Las Vegas, he knocked out the Philippine contender Jeo Santisima in eleven rounds to defend his WBO world championship for the fifth time.

The "Cowboy" will go into the ring with a streak of 26 consecutive victories (22 by knockout) and will return to fight in Mexico after more than two years of absence. His most recent fight in the country's capital took place in March 2018, when he knocked out Breilor Terán in four rounds.

Who is he fighting?