Taylor is back in the ring on August 22 at Fight Camp, when she defends her titles in a rematch with Delfine Persoon. 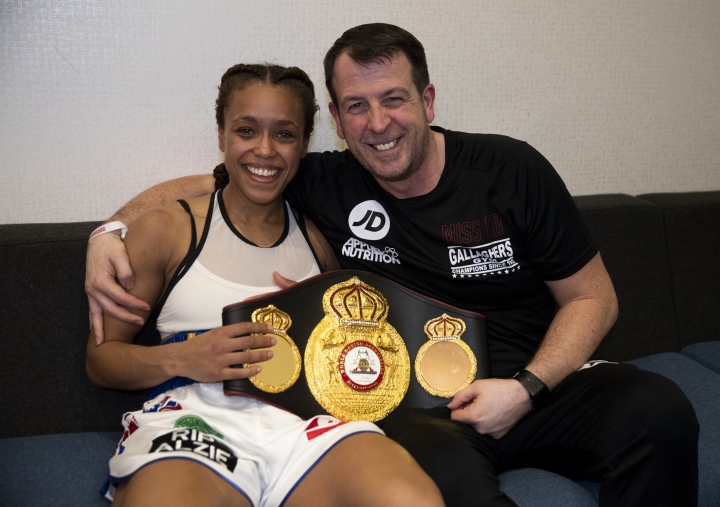 Taylor and Jonas have history, as they collided in the 2012 Olympics with Taylor walking away with the win.

Jonas would love to secure a rematch with Harper - but there could be a mandatory defense in the way for the champion.

According to head manager Joe Gallagher, his fighter would certainly entertain a rematch with Taylor.

"Everyone knows the 2012 Olympics, you've seen lots of people saying it was one of the best atmospheres they've ever been to," Gallagher told Sky Sports.

"If Natasha was offered the opportunity to fight Katie Taylor and with that a career-best pay day, then I'm sure Natasha Jonas would look at that option. She is pushing for a rematch with Terri Harper, but we are aware Terri Harper has a mandatory put on her.

"Last time it was talked about, the two of them possibly fighting, Tasha went and lost to Obenauf. Katie has a tough fight in Delfine Persoon coming up and we'll just have to wait and see what happens. Katie Taylor, there's talk of Serrano and everything else. Until an offer is put on the table, and if it was, we'd seriously consider it, and so would Natasha.

"I'm sure Natasha would love to lock horns with her again. Everyone knows Natasha won that fight the other night, belt or no belt. She's like the people's world champion now. It's another good option."