Super featherweight contender Jeremiah Nakathila wasted no time to make sure he is the more talented boxer in his bout against Prince Dlomo Friday evening in Cape Town, South Africa. The two fighters stepped into the ring in a scheduled 12-rounder as a co-feature in a card promoted by Kalakoda Promotions.

The Namibian Nakathila (17-1, 13 KOs) took the control in the early rounds and was systematically beating down his game South African opponent until the referee had no other choice but to stop the carnage in round nine. Dlomo (10-8-1, 4 KOs) hit the canvas twice in the sixth and two more times in the ninth prior to the stoppage.

Nakathila had been scheduled to defend his WBO Africa belt for the fifth time against Dlomo. An unexpected turnaround of events, however, in the form of the South African’s massive, 3.2 pounds overweight on the scale diminished it to a non-title bout. The Namibian absolved the weigh-in with 129.7 pounds compared to Dlomo’s 133.2 pounds. 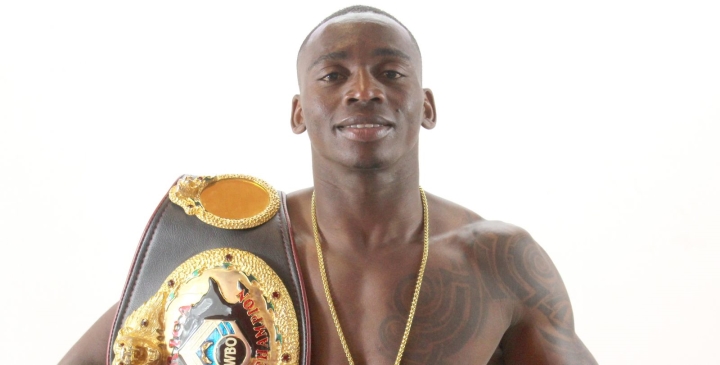 After completing a perfect year with three knockout wins in as many bouts, Nakathila is now turning his focus towards the highest-rated contenders at super featherweight. The Namibian is currently ranked No. 5 by the WBO at 130 pounds, two spots south to where he used to stay on the November ratings of the Puerto Rico-based sanctioning organization.

The current champion of the World Boxing Organization at super featherweight is Japanese Masayuki Ito who is scheduled to make his first defense of his title this coming Sunday against mandatory challenger and No. 1 ranked Evgeny Chuprakov. Former champ Francisco Vargas follows the Russian Chuprakov at No. 2, while unbeaten prospects Ryan Garcia and Lamont Roach Jr sit at No. 3 and 4, respectively.

“I always hear people talking about big names simply because these fighters hail from the USA. We can't all be from the USA, all I know is that Nakathila will knock out anybody in the top 5 and that is why they will never accept a fight against him. Garcia and Roach Jr might be talented fighters, but they have no advantage over Nakathila who is a genuine world-class talent. If we need to prove that to the WBO it's simple. Let's do an eliminator against any of those fighters so that we can give Nakathila a fair shake and justify his position in the ratings,” said Nakathila’s promoter, Nestor Tobias to BoxingScene.com.

“There is so much hype about Garcia and what a good prospect he is, but if you want to hand him his first loss then put him in against Nakathila. The world will say he fought well and lost against a better fighter.”

The Namibian contender shares the opinion of his promoter regarding the outcome of a potential bout against the unbeaten Californian.

“Garcia is being decorated so much as the next star in boxing thanks to the media. I would like to fight him and humble him and his hype man,” Nakathila told to BoxingScene.com.

The Namibian team has also mentioned the name of Francisco Vargas, who is a former WBC world champion at 130 pounds.

“It's simple, Nakathila will win the fight against Vargas or anybody else. This boy is talented and definitely our next star. I can't wait to show him off to the world of boxing. It's his time now,” discussed Tobias.

Most of the boxing fans would label Nakathila as an untested fighter who has fought lukewarm opposition to build himself up on the ranks. To this writer’s question regarding his readiness against the top fighters in his division, the Namibian had a direct answer.

“Oh, of course, I am ready, I was born to become a world champion in this division,” reflected the confident Nakathila.

“Fighting the current champion [Mayasuki Ito] would obviously be the first choice because you have something much bigger to fight for. Every fight is a risk in boxing and you want to fight for the best price. This is my time to shine and nobody can stop that.”