The southpaw Fox, who resides in Forestville, Maryland, utilized his significant height and reach advantage to outbox Bernardo. As the bout progressed, Fox unleashed three and four-punch combinations to the head of Bernardo, looked like he was in survival mode during the final two rounds. 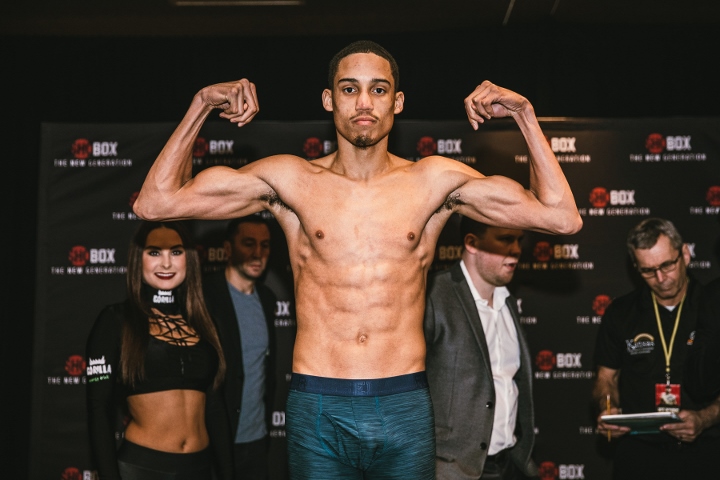 Bernardo, a 32-year-old from Santo Domingo in the Dominican Republic, drops to 25-5, 18 KOs. He is best known for his highlight-reel one-punch knockout loss to Mason Menard in April of 2016.

Junior middleweight Courtney Pennington of Brooklyn, New York defeated Erik Spring by unanimous decision over eight rounds. Scores were 80-72, 79-73 and 78-74 in favor of Pennington, who improves to 13-4-3, 5 KOs.

Hernandez, who resides in Reading and dropped Williams once in rounds three and four, was the more-effective fighter between the two. Scores were 77-73, 77-73, and 76-74 for Hernandez.

Featherweight Martino Jones (7-0, 1 KO) notched his first knockout as a pro Saturday night, knocking out Michael Stoute at 1:54 of the third round.

Bantamweight Jonathan Torres thrilled his hometown fans, stopping Kaylin Waites (1-4 1 NC) of Dallas at 1:19 of the opening round. Torres moves up to 6-0, 2 KOs.

The fight card was promoted by Marshall Kauffman.

Francisco A. Salazar has written for Boxingscene since September of 2012 and has covered boxing in Southern California and abroad since 2000. Francisco also covers boxing for the Ventura County (California) Star newspaper, The Ring, and FightNights.com. He can be reached by email at santio89@yahoo.com or on Twitter at FSalazarBoxing.