Jason and Andrew Moloney have traveled halfway around the world just to train in a sterile state-of-the-art facility.

The Australian twins helped re-open the doors of the Top Rank Gym in Las Vegas, Nevada, where they will spend the next few weeks to train for their respective upcoming fights. Both were subject to coronavirus disease (COVID-19) testing, as well as all accompanying team members including their career-long manager Tony Tolj.

“The whole team had a COVID test (on Wednesday) and they all came back negative and COVID-free,” confirmed Andrew Moloney (21-0, 14KOs), the current World Boxing Association (WBA) junior bantamweight titlist. “Top Rank sanitized the whole gym and did an amazing job of keeping us safe.” 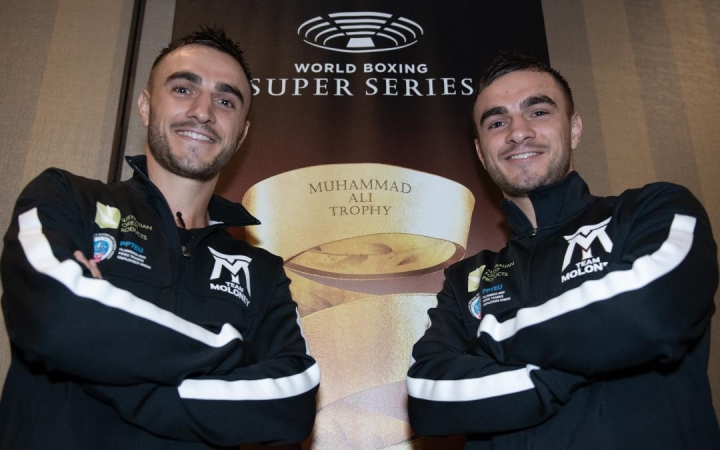 Andrew Moloney was upgraded from interim to full World Boxing titlist following Roman ‘Chocolatito’ Gonzalez being named “Super” champion following his one-sided stoppage win over Kal Yafai this past February. Moloney was due to make his first defense versus Mexico’s Israel Gonzalez in what would have served as his United States debut on April 17 in Tulsa, Oklahoma.

The show was canceled along with Top Rank’s entire spring schedule due to the ongoing COVID-19 pandemic, a run which was to also include Jason Moloney (20-1, 17KOs) in a bantamweight crossroads bout with Joshua Greer on April 25 in Las Vegas.

There is the possibility of Jason’s bout with Greer being resurrected, as both are due to appear on the summer series being planned by Top Rank in Las Vegas. The closed-doors shows will begin June 9, with plans to air at least two stateside events per week on an ESPN platform.

Both Moloney twins will be featured sometime this summer, regardless of opponent. Should they wind up on the same card, it will fall in line with their previous two ring appearances, scoring knockout wins on the same shows last June in Melbourne and last November in Tweed Heads, Australia. The latter of the two marked the 17th time that the Moloneys have fought on the same card.

For now, they are simply content with training in the same gym, and a real workout facility as opposed to the modified training they have been forced to settle for back home in Australia.

“We’re very honored to be the first boxers back in the Top Rank gym since the start of the pandemic,” notes Jason Moloney, a former bantamweight title challenger who has since scored three straight knockout wins—all in 2019. “We’re looking forward to having our fight dates and opponents locked in soon.”