Struer, Denmark - Colorful super welterweight Mikkel Nielsen, 6-0, outscored a tough opponent in Georgian Nikoloz Gviniashvili over six close rounds. Both were cut early in the first, Gviniashvili by the right eye and Nielsen on top of the scalp.

It was close all the way and Nielsen could seal a close win in the sixth when he finally seemed to get untracked.

It was scored 58-56 twice and 59-55 for the Dane with angry protests from the Georgian corner but the win looked all right to this reporter as well at 58-56. 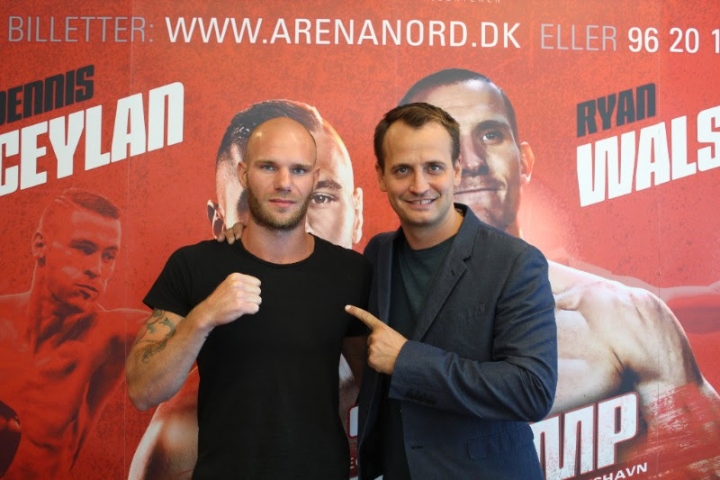 Super middleweight Haris Dzindo, 7-0, outboxed worn out Georgian veteran Gary Abayan, 34-38-1, over four. Abayan smiled every time he was hit and was never hurt and played it out to the crowd but took a beating in every round losing on scores of 40-36 twice and 40-35.

Adam "the Wolf" Bashanov, 2-2 and also a super middleweight, outscored Czech Petr Chmelik, 3-5-1, over six. Bashanov was shaken in the second but came back and had Chmelik, a southpaw, hurt in the fifth with a body shot. It was scored 59-55 twice and 60-54.

Swedish female lightweight Joanna Ekedahl, 7-0, stopped Alina Samsonova, 0-2, at 1.10 of the second in a mismatch. Samsonova was very green and simply didn´t know how to protect herself.

Norwegian cruiser Kent Erik Bådstad, 2-1, opened this Sauerland promotion at the Energi Park Arena with a hard fought but one-sided win over Ukrainian Bohdan Ziyvko, 0-3. The Ukrainian was rocked in every round and looked ready to go a number of times but managed to dish out a few himself in between. It was scored 40-36 twice and 40-35 after four.