Former WBA and WBC super middleweight champion Mikkel Kessler has passed all of the necessary medical tests for his comeback, according to TV 2 Sport in Denmark.

However, Kessler notes that there is no fight booked yet but says he would love to join the World Boxing Super Series tournament. However, nothing is set.

The 38-year old Viking Warrior, 46-3, last fought in 2013 when he lost a twelve round decision in a rematch to Carloh. He decided earlier this year to make a comeback. 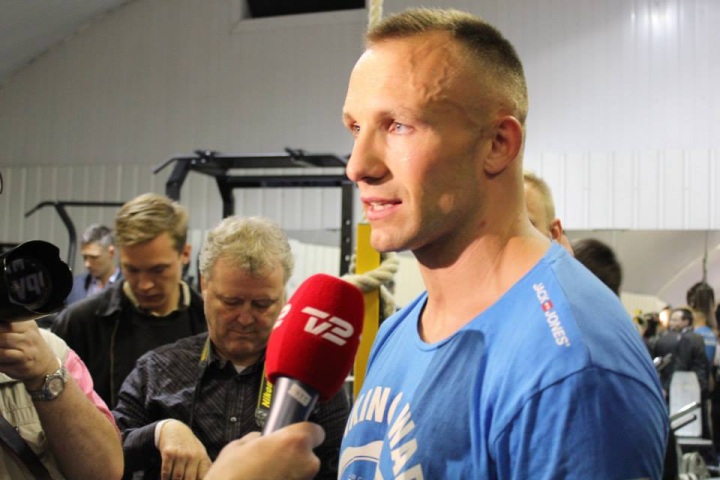 Haertel is now trained by Ulli Wegner and has looked good in all of his pro fights - but with only one win inside the distance it´s fair to say that punching power is missing. In the UK-based Mendy he facse a capable veteran who can give everybody a tough night.

Also on the bill is another super middleweight prospect in Denis Radovan,4-0 and trained by Juergen Braehmer, heavyweight Burak Sahin, 11-0, back after a brief layoff due to illness and 2-0 cruiser Emir Ahmatovic.
....

Skoglund was lined up for a fight against WBA ruler Nathan Cleverly first on May 20 and then June 17, but no deal was done. Skoglund is promoted by Sauerland Promotion - and Nisse Sauerland states that Skoglund´s next move will be announced shortly and he adds that "it´s big".

Super featherweight Patrick Kinigamazi, 26-2 and Juan Jose Farias, 18-9-1, clash for the vacant WBFederatin title on June 9 in Thonex (Switzerland) with Tundra promoting the show. Kinigamazi have roots in Rwanda, Farias in Brazil and promoter Enrique Soria hails from Spain so it´s a very international event.
....

Erol Ceylan, head of EC Boxing in Hamburg, has been named Promoter of the Year by the BDB, one of the German Federations. Ceylan has in the past season staged a number of significant events and EC Boxing just got its first World champ in Igor Michalkin, who won the IBO title, heavyweight Christian Hammer is close to world title shot with the WBO and there´s also some interesting prospects in the team such as heavyweight Ali Eren Demirezen and welterweight Fatih Keles.

Kessler should try and get the groves fight. VERY winnable fight for him despite the inactivity.

[QUOTE=Clegg;17727596]You think he can still make 168? I guess with the money involved and the tournament he will, but feels like it will be incredibly hard and he might miss it by a a couple of lbs. I dislike catchweights…

[QUOTE=Eff Pandas;17727589]He could just end up being a sub too. From my understanding with how it works he could only get directly in the tournament via one of the 2 wildcard spots or be one of the 8 subs who…

[QUOTE=BattlingNelson;17727369]So Kessler will likely join the WBSS following a 4 year retirement. So he will be rusty af and I am sure the first seed will pick him as there will never be a better chance than now to KO…

[QUOTE=BattlingNelson;17727369]So Kessler will likely join the WBSS following a 4 year retirement. So he will be rusty af and I am sure the first seed will pick him as there will never be a better chance than now to KO…