Light heavyweight contender Artur Beterbiev is having more trouble trying to secure a future opponent for his expected IBF world title eliminator in February or March.

A few days ago, BoxingScene.com reported that Igor Mikhalkin (18-1, 9 KOs), who is ranked at number seven by IBF, was viewed as the next opponent for Beterbiev for the eliminator.

As reported, Beterbiev's promoter is having extreme difficulties trying to secure some of the other ranked contenders like Erik Skoglund, Sean Monaghan, Enrico Kolling and Marcus Browne. 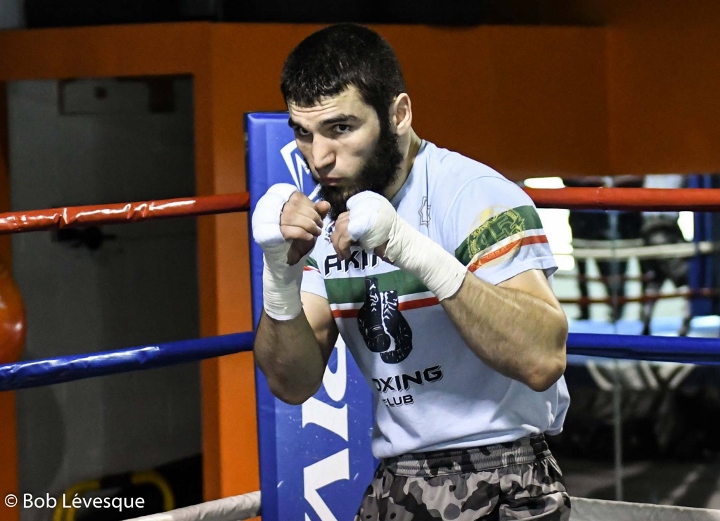 His team were looking at Mikhalkin as the potential next challenge - but that apparently won't happen.

According to the boxer's manager, Vyacheslav Karakash, they are in very serious negotiations to face former world champion Robert Stieglitz for the EBU light heavyweight title on March 18.

"We are negotiating with a high probability that he will likely take the fight for the EBU title," Karakash said.

Mikhalkin also held that title but lost the belt when he tested positive for meldonium in March. As was the case with heavyweight Alexander Povetkin, there was an investigation and the Russian boxer was eventually cleared to fight again.

Stieglitz, who is a native of the Krasnodar Territory, was a former world champion under the World Boxing Organization (WBO) in the middleweight division. He is remembered by boxing fans for his four fight series against compatriot Arthur Abraham. Stieglitz has a deep veteran's record of 50 wins (29 knockouts), five defeats and one draw.

[QUOTE=Squ□redCircle34;17312011]Barrera vs Beterbiev should be next then eventually add Joe Smith Jr. Aka Bazooka Joe to the mix! 175 is heating up! Kovalev Ward Cleverly Chilemba Beterbiev Joe Smith Jr. Barrera Pascal[/QUOTE] You forgot the [U]Lineal[/U]... Like him or not,…

[QUOTE=Scipio2009;17312001]If Mikhalkin passes on the fight, Sullivan Barrera is a fight away from the matchup that he's talked about wanting (while facing an opponent that's likely to bludgeon him, tbh).[/QUOTE] Barrera wants Pascal let's get AB with Joe Smith jr…