Mikey Garcia Ready For Flanagan - or Move To 140 With Indongo

WBC lightweight champion Mikey Garcia (36-0, 30 KOs) is ready and willing to have a unification with WBO champion Terry Flanagan (33-0, 13 KOs) of the UK.

Earlier this month, Flanagan retained his title with a hard-fought decision over Petr Petrov. 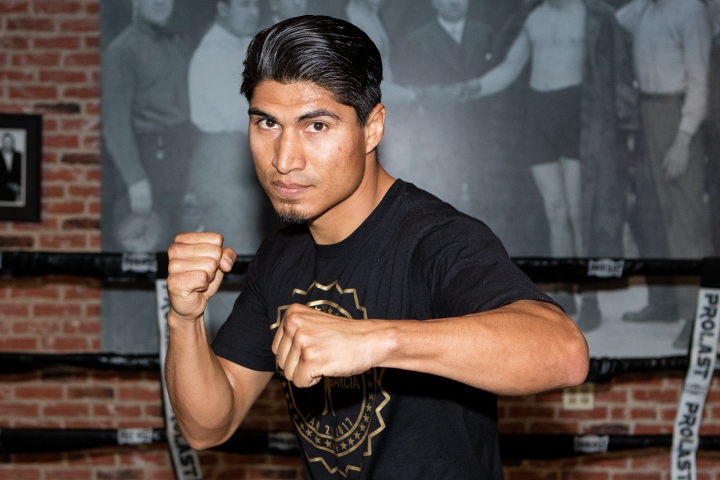 Indongo has a mandatory defense due, under the IBF, to undefeated Sergey Lipinets. If he attempts to face anyone else, he will get stripped of the title.

"I want to fight in July, I had been told it would happen in June but it seems that everything is covered, so in July it's a good date. You know that I fight with whoever is available, but you also know that I want big fights. I don't have a problem with facing whoever they tell me... Jorge Linares, Vasyl Lomachenko, Terry Flanagan," said Garcia to ESPN Deportes.

"I do not have a promoter, but I do have people who have treated me very well and supported me like Showtime, like Al Haymon, Richard Schaefer, and even Lou DiBella. I asked them to help me with two things, one of them is to fight Flanagan, whether it's in the United States or England - or we can bring Indongo to the United States... it would be a great challenge to fight a unified champion at 140 pounds."

[QUOTE=Damiens;17616293]And that's fine and dandy. But fact still remains that he lost the 1st time. You're acting like Salido turned dirty overnight against Lomachenko. If you're saying Loma was too green then that's his own damn fault for being gifted…

It's a bit troubling the Linares fight isn't being talked about more since it seemed solidified that that was next.

[QUOTE=gmc_rfc_06;17611150]People need to stop this nonsense. Intentionally missing weight and hitting someone with over 80 low blows are not 'excuses'. He was allowed to cheat in truly disgraceful fashion. Gamboa was a seasoned pro who paid Salido back for every…

[QUOTE=Damiens;17610891]and salido was expected to lose, get knocked out, he was never anything special to begin with and had been dominated easily in the past before. one of them being the guy on your avatar. salido has always been a…

[QUOTE=gmc_rfc_06;17609220]Salido intentionally missed weight, landed over 80 low blows (yes, that's a correct number) and still only scraped a split decision against a novice professional.[/QUOTE] and salido was expected to lose, get knocked out, he was never anything special to…