His plane ticket has been booked and he will undergo all necessary tests and quarantine procedures before stepping foot in General Santos City where his family and team awaits.

“I know all the hassles I will have to go through but it’s fine as long as everyone’s safety is ensured. I will comply with all the procedures just to be with my family again. I badly miss my family, baby and of course I can’t wait to celebrate my victory with my Sanman Team. This was the biggest win of my career," Plania stated.

According to Plania’s manager and Sanman CEO Jim Claude Manangquil, they will discuss Plania’s future specifically their plan to move up to 122 and look for a world title bout. In the meantime, it’ time to enjoy his ward’s most recent victory. 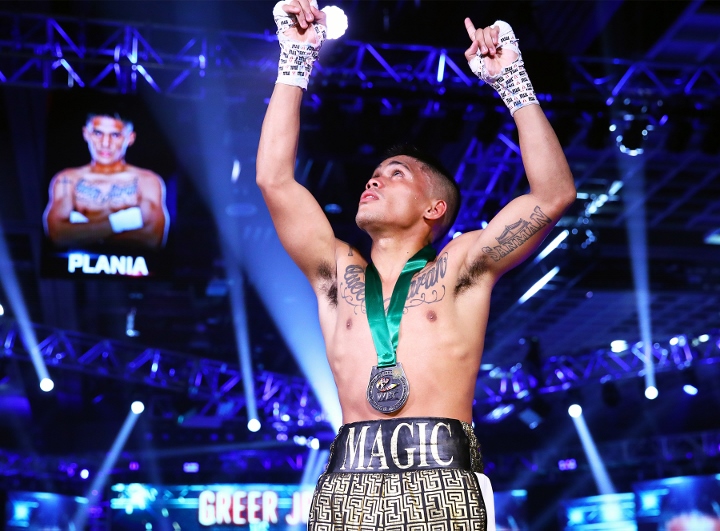 IN OTHER NEWS - Former two-time world welterweight champion Kermit Cintron (39-6, 30 KOs) would like to let former world middleweight champion Sergio Martinez, that if he were to come back, it should be against him.

After recent reports that Martinez will end his retirement, Cintron is adamant that a rematch of the two world champions is inevitable.

On February 14, 2009, Cintron and Martinez fought to a disputed draw in Sunrise, Florida, and Cintron believes now is the time for the two to settle the score.

"I see that he is coming back, and I want the opportunity to face him.  We have some unfinished business from our fight in 2009, and this is the time to do it.  There were various opinions on that fight. If the fight needs to be in Spain, Argentina or wherever, my passport is up-to-date, and I am willing to travel," said Cintron

"This is a no brainer fight for the promoters, but it is up to Sergio.  I am sure he would like to avenge the draw, so let's make it happen."

Said Marshall Kauffman of King's Promotions, "This would be a great fight.  It's two former world champions looking for that one last shot at something significant.  The winner would have that. I will reach out to his representatives, and try to make this fight happen."

That fight was horrible. Cintron got ko'd anr outboxed all in the same fight. Ref was terrible for waving it off and back on again.

Will never forget that fight. He got handled, stopped, & somehow the ref was able to take it back after he counted to 10 & waved it off while Cintron was on a knee complaining about a headbutt that was…

'There were various opinions on that fight'. Mainly in how many different ways Martinez won yet still got denied the W. A denied TKO because Cintron claimed it was head/elbow (can't remember which) when the replay clearly showed it to…