With the victory, Marriaga, who resides in Cartagena, Colombia, improves to 29-3, 25 knockouts.

Marriaga last fought on May 11 in Tucson, Arizona, overcoming a knockdown to stop hard-hitting Ruben Cervera after the third round. Mejia had won his last two bouts against nondescript opposition. 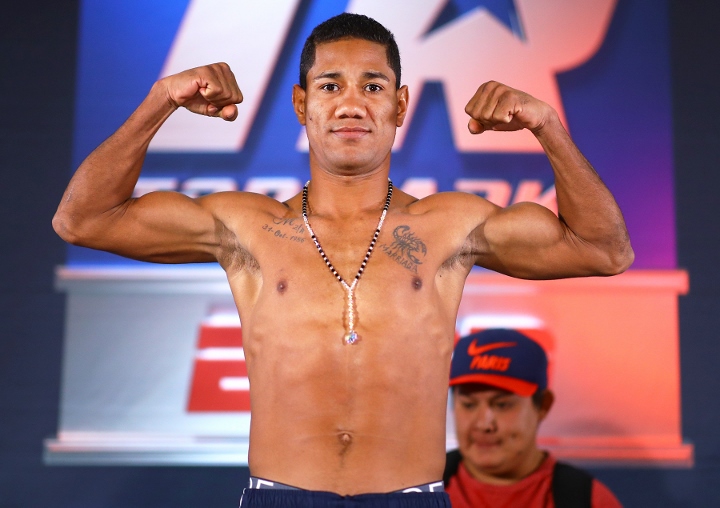 Mejia came to fight, standing in the pocket and trading with Marriaga. As the fight progressed, Mejia was effective in outboxing Marriaga in spots, mixing his attack to the head and body.

Less than a minute into the sixth round, a well-placed left hook to the body immediately sent Mejia to the canvas, where he writhed in pain as he was counted out at 1:01.

“I was able to pass this test and it was a great fight,” said Marriaga, who is co-promoted by Top Rank and All Star Boxing. “I hit him with a great punch to the body and I finished him. Thank God that we finished the year strong.”

Marriaga also mentioned in the post-fight interview he would drop down in weight to face newly-crowned WBO featherweight titleholder Shakur Stevenson.