Miguel Cotto-James Kirkland in Play For June 18 at Barclays

This much is clear, former four division world champion Miguel Cotto (40-5, 33KOs) and his promoter Roc Nation Sports have the Barclays Center on hold for June 18th. But just who will the Puerto Rican star be facing that night? The latest name to emerge is James Kirkland (32-2, 28KOs).

"I turned it over to Eric Gomez at Golden Boy,"said Mike Miller, the attorney for Kirkland, to BoxingScene.com.

"He is starting the process of negotiating the fight. Golden Boy and 50 (Cent) would be involved on our side so it's only fair that everyone's on board and everyone's aware of what's going on and I've talked to James several times and he's definitely interested about the potential of that fight.

"It's basically a matter of: can we make a deal or not?" 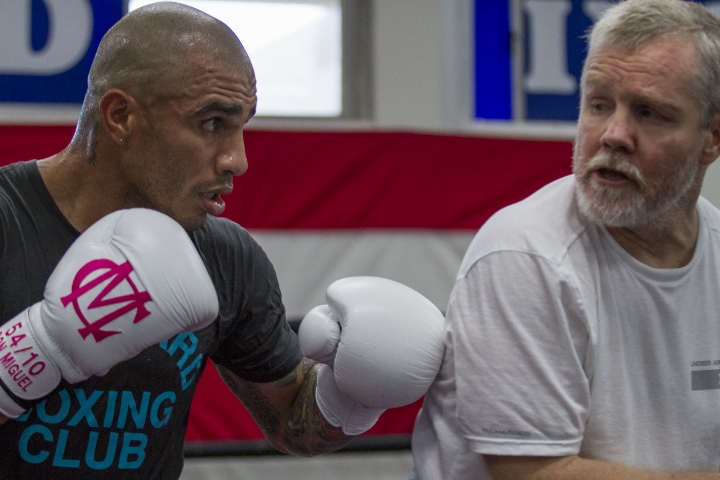 Kirkland was last seen on May 9th, 2015, where he was stopped in three by Saul 'Canlo' Alvarez in Houston, Texas. The question for Kirkland, as always, is his training situation.

Miller explained to BoxingScene - "He hasn't formally been in he gym with a trainer. He's been training on his own strength-and-conditioning and James is the type when he gets a contract for a fight - he trains. Until then, there's no need to spar or that kind of thing. So I anticipate the training would be like for the (Alfredo) Angulo fight where he makes it a priority to get the best training possible.

"If that's with Ann (Wolfe) - which I hope - then he needs to do that. But if he chooses a different trainer, than it needs to be someone who's a professional, who does the job well. But when he gets the contract - if we do- I'm sure James and I will sit down and determine who we think as a team is best for him to train with."

[QUOTE=Camp Beast;16531840]Agreed, but the likelihood of that is slim. Plus who knows what damage that Canelo KO did to him.[/QUOTE] Yes, that was a brutal KO. At this stage in his career, unless he goes back with Wolfe and treats…

How the hell is this **** excuse for a fighter, known as kirkland, getting all these pay days?

If Kirkland KOs Cotto, I will do a new drug that I have never tried before.

Weird fight. I dont see the point. On a side note Ive been working with a guy for the last two weeks that went to high school with Cotto. I thought that was pretty cool, he is obviously a big…

Kirkland was just destroyed by cotto last opponent.....wtf??? No shame....