At the pre-fight weigh-in the day before the fight, Rivera (17-0, 11 KO) made weight, but Gallegos (16-8, 12 KO) came in slightly over the contracted weight of 136. Under California rules, he had two hours to make weight. He was not able to and faced a total fine of $1600 from his purse, half of which went to the commission and half to Rivera.

Well aware of the torture fighters go through to make weight and seeing Gallegos’ honest effort to lose the extra pound, Rivera vowed not to accept the money, but was told by the state it was already added to his check. 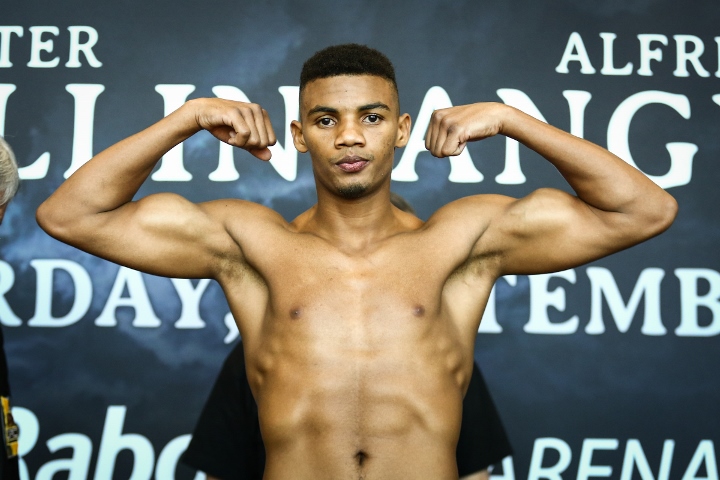 The fight went ahead with Rivera dominating all five rounds and landing over 50% of his punches to the ultra-tough Gallegos’ head and body. While the courageous Gallegos was never down or visibly in trouble from the onslaught, referee Marcos Rosales stopped the one-sided bout before round six to prevent further damage.

True to his word after the bout, the 21-year-old prospect Rivera personally visited Gallegos’ dressing room and handed him back the $800 he had gained from the State’s fines.

Battered and swollen from a hematoma on his forehead from a clash of heads, the grateful Gallegos happily accepted the uncommon gesture of sportsmanship.

“I’ve never heard of a fighter doing something like this,” said Rivera’s promoter, Sampson Lewkowicz. “In all my years of boxing. This just goes to show what a special talent and outstanding young man Michel Rivera is. This really said something about his character and I’m happy to be part of his very promising career.”

Kudos to Mr. Rivera. A couple bucks disappears quickly but character credibility goes a long way. The man showed real character with this gesture. Rivera will make more money along the way if he keeps up with quality performances like…

Nice story. Gallegos may have been drained trying to make weight....never a good idea. He really took a beating and that knot on his head looked bad.....but not bad enough for the idiots in his corner to put any ice…