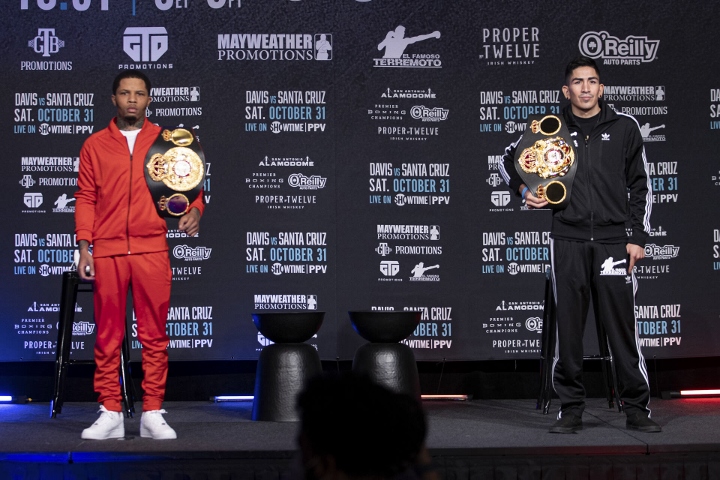 Rising lightweight prospect Michel Rivera (18-0) will face veteran Ladarius "Memphis" Miller (21-1) on the undercard. This will be his second fight of the year.  In February he stopped Fidel Maldonaldo Jr. in 10 rounds.

The 22-year-old Rivera, who fights under the Premier Boxing Champions banner, is very excited to be on the undercard of a high profile event and plans on putting on a spectacular performance to help grow his name further in the sport.

"It feels good. I am very excited for this opportunity. I have been working very hard to get this moment and now I will take advantage of it so that everyone will know who Michel Rivera is after my fight," Rivera told BoxingScene.com.

Rivera recently stated that he hopes to fight for a world title by the end of 2021.  He is also a very interested observer of the main event with both fighters fighting close to his weight class.

He has a lot of respect for the 32-year-old Santa Cruz but feels that his 25-year-old opponent will be too strong and too fresh for him.

"This is a good match up. I believe this will be a good fight but Gervonta is younger and is stronger and has better skills than Santa Cruz. Santa Cruz is a warrior and he is strong as well but he doesn't have the abilities like Davis has," said Rivera.