"Confidence is running high, camp has been perfect, I've lifted a few levels since beating Horn. I’m going to walk straight through him and stop him early, he's got nothing!" said Zerafa. 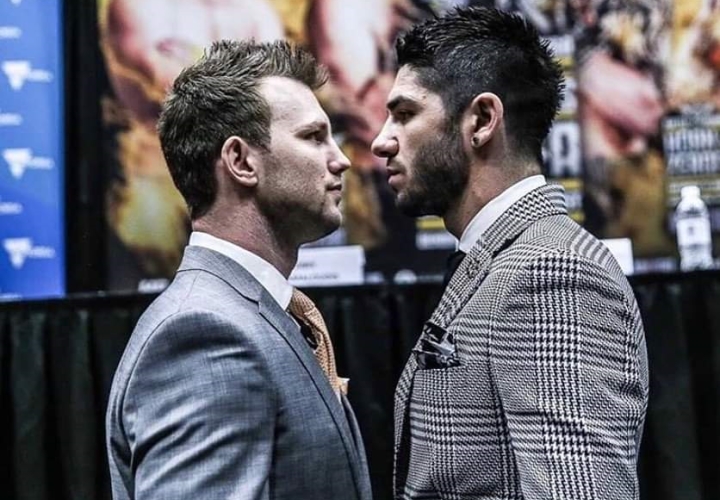 Zerafa was very outspoken about the contractual rematch preventing him from taking a lucrative fight with RyotaMurata for the WBA "regular" middleweight world title.

He was certainly in line to fight Murata, but Horn exercised an immediate rematch clause.

"I beat him easy the first time! Rematches are for close or disputed fights. Horn is a sook and I've spent every day since then focused on putting his boxing career away for good. Mark my words, I will retire Horn December 18," Zerafa stated.

Horn's team offered substantial cash bonuses if Zerafa dropped down to 154lbs but Zerafa wanted nothing to do with it.

"Horn's team think they know what they're doing but they have no idea! Everybody in boxing knows, the media knows, the fans know, but Horn and his team still cannot figure out that he's not a middleweight," voiced Zerafa.

"All I want right now is Horn. He's made it personal. He could have been a good guy and let me go make some big money. I agreed to fight him after the Murata fight but he started sooking so I'm going to make him pay, I've lost all respect for him, this is personal!"

At the final press conference, Zefara warned Horn to his face that he made a very big mistake in taking the fight.

"You don't have my power, I'm going to knock you out, I'm ending your f---ing career," Zerafa said.

hahaha poor Horn, I wish him and AK would fight for meme of the decade! Actually you could probably throw what's his face in there too, the guy with the cage? (somebody please remind me of his name) The win…

Jeff Horn is bloody, hes coming on tho! Zerafa might get a TKO.

Does anyone have any info about how we can watch the fight in Canada /USA?

[QUOTE=1hourRun;20259069]I think the embarrassment of defeat to Zerafa has stirred the Hornet. Imagine getting retired by a stripper?[/QUOTE] Absolutely. And when the Hornet is fired up he's pretty damn good.