The fight ended with a fifth round knockout for Hammer but the result was protested after an incident in the fourth when heads clashed accidentally and it appeared that the referee had called a time out but apparently he had counted Wallisch out - only to have the fight resume after a long timeout.

Wallisch and his team have filed a protest over this and wanted the fight to be declared a no contest but now he most likely face a suspension from the German Federation, the BDB.

Wallisch, an eternal prospect with a career derailed by injuries,contractual disputes and problems with the law, was in trouble against Hammer time already in the third and it got worse in the fourth and fifth. 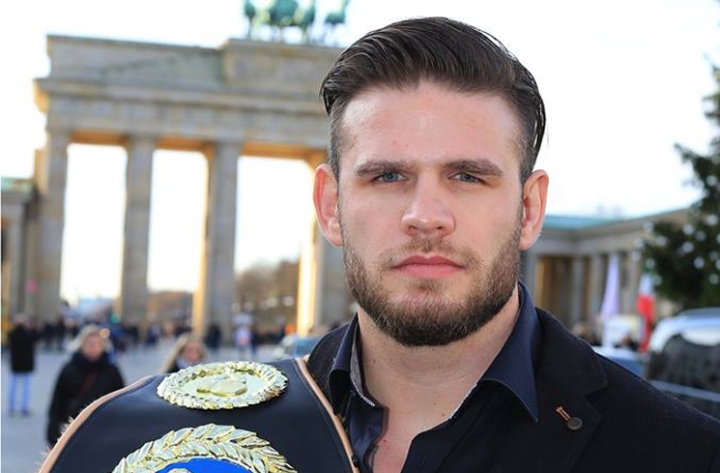 Michael Stachewicz has taken over as trainer for  WBO and IBF # 2 middleweight Jack Culcay reports AGON Sports in a press release. Stachewicz is not a well known name in professional boxing but has been in the game for a long  and have his background in the former East Germany. In the pros he´s worked with Manfred Wolke - at that time head coach for the likes of Henry Maske and Axel Schulz. Stachewicz takes over from Torsten Schmitz.
....

Super welterweights Ahmad Ali, 13-0-1, and Denis Krieger, 14-7-2, clash for the GBU title on January 26 in Rheinstetten. In the main event of this Sauerland Event promotion super middle Vincent Feigenbutz takes on Przemyslaw Opalach, also with the GBU title at stake.
....

EBU light heavyweight champ Dominic Boesel will take on Italian Orial Kolaj in a voluntary defence of the title. The will go ahead in April on a SES promotion with exact date and site to be announced. Offical challenger for Boesel is former champ Igor Michalkin.

[QUOTE=Frankie2Jabs;19419654]Who doesn’t like Mad Max throw back, Terminator, Netflix sci-fi? Why is Wilder ducking cell phones?[/QUOTE] You must be the first fan I got on here.

[QUOTE=Jax teller;19419649]Do you now?[/QUOTE] Who doesn’t like Mad Max throw back, Terminator, Netflix sci-fi? Why is Wilder ducking cell phones?

[QUOTE=Frankie2Jabs;19419639]Yes man! I love watching apocalyptic films and tv series too! End of the worldz[/QUOTE] Do you now?

[QUOTE=Jax teller;19419636]Man you're trying too hard too be funny, there's no respect left to salvage here just move on and don't embarass yourself like that again.[/QUOTE] Yes man! I love watching apocalyptic films and tv series too! End of the…