In the 8-round main event, super lightweight Michael “The West Texas Warrior” Dutchover (14-1, 10 KOs), of Midland, TX, who is co-promoted with Banner Promotions and Thompson Boxing, will make his second headlining appearance on 3.2.1 Boxing as he faces Manuel "La Tormenta” Mendez (16-7-3, 11 KOs), who fights out of Colton, CA. Dutchover will look to continue to build on the success off his last win over Jorge Marron Jr. (18-2, 6 KOs). 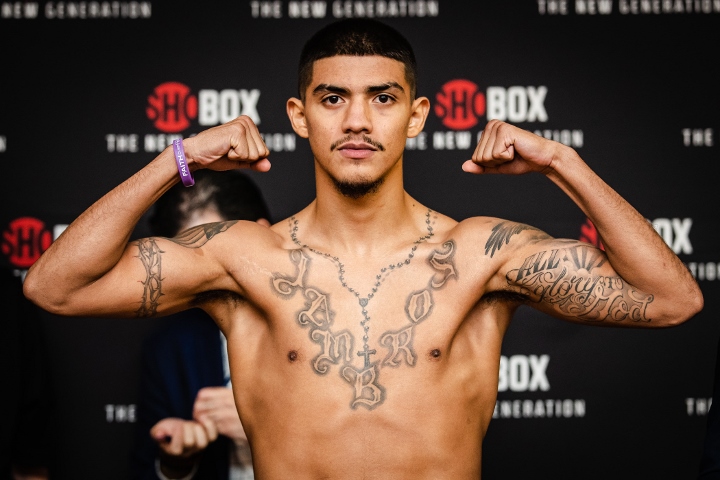 Dutchover, who is coached and managed by Danny Zamora, has a high knockout ratio and is known for his all-out attack. His only loss came in a controversial stoppage during a match against Thomas Mattice in his hometown of Midland, TX, on a ShoBox main event back in 2019. In his last bout, Dutchover bounced back by beating Jorge Marron Jr. by a wide-unanimous decision on the first 3.2.1 boxing card of the year.

In the 6-round co-feature, junior middleweight Richard “Cool Breeze” Brewart Jr. (7-0, 3 KO), of Rancho Cucamonga, CA, will face the toughest test of his career as battles Louis Hernandez (8-0-1, 6 KOs), of Jackson, MS. These two undefeated prospects put their unblemished records on the line in what should be a no-holds-barred affair.

The opening bout will be a four-round super bantamweight fight as Alexis Alvarado (1-0, 1 KO), of La Puente, CA, will face Lazaro Vargas (pro debut) of Indio, CA, in a fight that promises to be explosive.

“We’re excited to produce a superb card for the boxing fans,” said promoter Ken Thompson. “We’ve had some great ring action this year, but this card could shine brighter due to the level of action each fighter will bring to the ring.”

“It is great to be back with this installment of 3.2.1 Boxing,” said Alex Camponovo, Thompson Boxing's general manager and creator of 3.2.1 Boxing. “We are working tirelessly to make this an enjoyable night of boxing for the fans watching at home or wherever they are. We expect fireworks and another memorable night of fights.”

Interesting. The last Dutchover card was a modestly priced PPV. I had planned to watch but had a schedule conflict. Doesn't sound like there are any fans in attendance, I wonder how the card is being financed - is the…