Judge Rudy Barragan gave all eight rounds to Dutchover and scored him an 80-72 winner. Judges Carla Caiz and Fernando Villarreal better acknowledged Marron’s competitiveness, as they each scored the fight 78-74 for Dutchover.

His victory over Marron enabled Dutchover to bounce back from his first professional defeat 10 months ago. 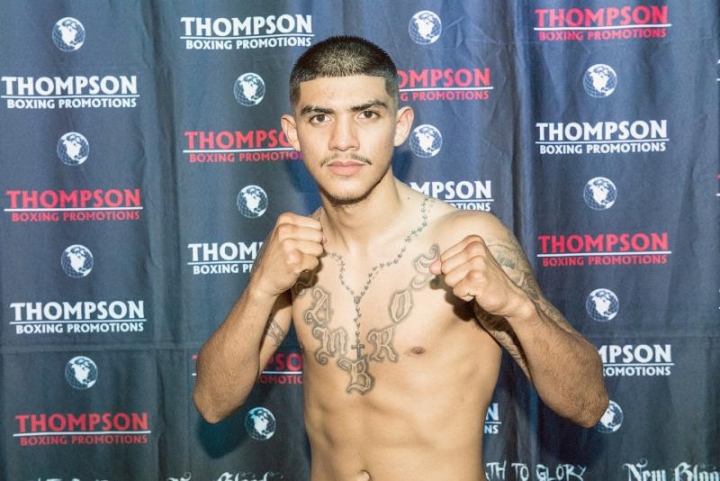 Dutchover led Thomas Mattice on two scorecards entering the eighth round of their scheduled 10-round lightweight bout September 20 in Midland, Texas, Dutchover’s hometown. A cut above Dutchover’s left eye led to the end of their fight at The Hacienda Event Center.

Dutchover blasted Marron with an overhand right about 40 seconds into the eighth round. Marron took that shot well, however, and made the remainder of the final round competitive.

Marron landed a right hook with about just under 20 seconds left in the seventh round. Dutchover pressured Marron throughout that seventh round, but Marron’s movement made it tough for Dutchover to hit him cleanly.

Dutchover’s left hook caught Marron clean with just under one minute remaining in the second round.

Marron landed a right hook to Dutchover’s head just after the midway mark of the opening round. Dutchover was the aggressor throughout that opening round.

That 80-72 was a insult to Jorge Marron who make this fight competitive, but clear win by Michael Dutchover. :boxing: