Melissa Oddessa Turns Pro, Will Be Guided By Andre Rozier

Brooklyn's Melissa Oddessa has announced that she will be making the transition into the professional game, after a long and decorated career in the amateur ranks.

For those who are unaware, Oddessa, who served in the US Marine Core, has won all there is to win as an amateur boxer. The New York native was one of the few triple crown winners as an amateur and went on to win the US national championship on two occasions whilst serving in the military.

Since leaving the military, Oddessa, who has had much of her career guided by Brooklyn great Andre Rozier, has decided to make the transition into the professional ranks. 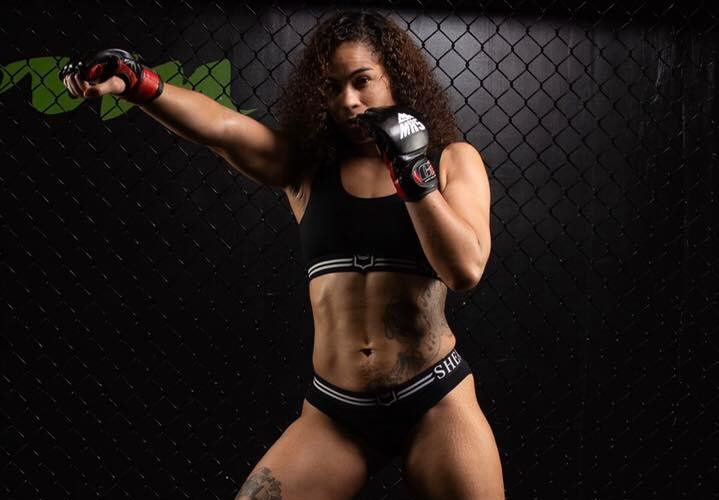 Oddessa opened up about her decision to turn professional, "I have done everything there was to do as an amateur whilst also serving in the Marines and US Army, so I felt it was finally time to turn professional and I am really excited about what the future holds. I have loved serving my country and I am very proud to have done that, now I have a new goal which is becoming one of America's next world champions.

"I have competed and won every national competition I have ever boxed in and I am one of the few triple crown winners in US National Boxing history. I have competed internationally with a lot of success, so I know that I have the talent to go all the way as a professional and become a world champion. I have no doubt in my mind regarding that.

"Alongside training in the Army, I have spent years working with Andre Rozier where I won 10  tournaments in that period without a single loss whilst I was training with Uncle Dre. So I'm excited to get back to work now with Andre and build a path to a world title and many exciting clashes with some of the great female fighters out there."

Female boxing is on the rise the world over, with the likes of Amanda Serrano, Katie Taylor, and Claressa Shields being main event attractions in their own right. Oddessa, who will compete at 135 pounds as a professional, weighed in on her plans in the professional ranks.

She said, "I was supposed to box Katie Taylor in Ireland as an amateur, but for whatever reason it didn't happen. I think Katie is a fantastic person and a great role model, but I would love to one day share the ring with her for the world title. I fully believe this is a fight that can happen at some point in the future as the best tend to fight the best a lot more often within female boxing.

"I am going to start at 135 in the professional game but I could move up and can definitely get lower. I believe I can be a multi-weight world champion, no doubt about it. I would love to fight the likes of Heather Hardy, Amanda Serrano, and these other top-class women fighters at some point. I have nothing but admiration for them and I would be honored to share the ring with these great fighters in the not so distant future and make some memorable all New York battles."

Melissa Oddessa have a few years to fight in the professional ranks, but she going to become a threat to Kathie Taylor, Jessica McCaskill, Amanda Serrano and a few others between 2 or 3 years and scalp a few elite…

[QUOTE=Buggy bear;20595600]Another one jumping on the bandwagon using the 2 or 3 names that are relevant, how old she ? Doesn't she realise by the time she's relevrnt taylor and Serrano will be to old , will have satisfied their…