Tyrone McKenna and Tyrone McCullagh have switched their training base to Dublin to work with Pete Taylor.

The talented MTK Global-managed duo, who had previously been based at Danny Vaughan's gym in Holytown, near Glasgow, Scotland, have linked up with Katie Taylor’s father.

Taylor has switched to the professional scene, after guiding his daughter to unprecedented success in the amateur ranks, and masterminded the resurgence of Dubliner Luke Keeler from middleweight also-ran to world title contender. 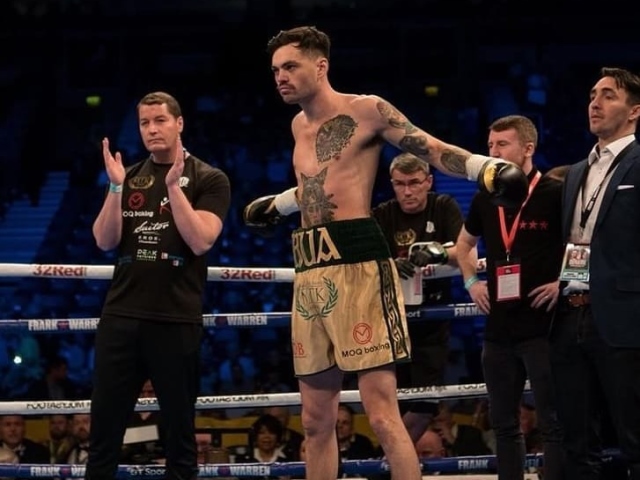 Keeler, for what it’s worth, could well be named as the opponent for Demetrius Andrade when the Rhode Island fighter returns next month to defend his WBO world title at middleweight.

Belfast’s McKenna (20-1-1, 6 KOs) and unbeaten Derry featherweight McCullagh (14-0, 6 KOs) are each in semi-finals of MTK Global’s Golden Contract tournament which is being screened on Sky Sports in the UK and ESPN+ Stateside.

McCullagh won his quarter-final over Razaq Najib at Bethnal Green’s famous York Hall venue in London in October and McKenna followed suit when he beat Mikey Sakyi by unanimous decision in the same setting last month.

The aforementioned Vaughan has wished both fighters well for the future, while the pair have thanked their previous team for their efforts during their time together.