The McGuigans, promoter Barry and trainer Shane, believe that their man Josh Taylor (13-0, 11 KOs) can not only win the forthcoming Second Series of the WBSS but they also feel that the tournament will turn the 27-year-old into a huge boxing star.

The Edinburgh-based boxer lines up in the light-welterweight competition and his team believe that recent wins over Ohara Davies (W TKO 7), Miguel Vazquez (W KO 9) and Viktor Postol (W12) have prepared him for life in the fast lane.

WBA holder Kiryl Relikh, Anthony Yigit, and Ivan Baranchyk have also joined the tournament, with Eduard Troyanosvky and the WBC’s interim-champion Regis Prograis agreeing to come on board. 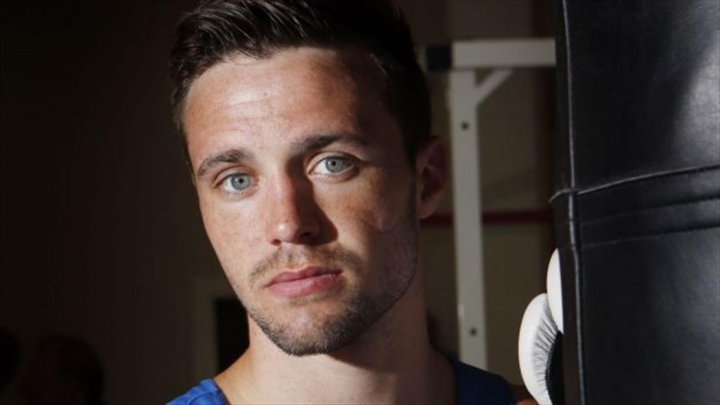 McGuigan believes that home advantage could be a key factor and has told the Daily Record and Sunday Mail that the WBSS organisers, led by Kalle Sauerland, could be keen to have a few big fight nights up in Scotland.

"Josh could win,” said McGuigan.  “He would also have a good chance to fight at home in what is a straight knockout involving the best super-lightweights in the world.  This is a better opportunity for Josh and commercially it's very good as well.”

He added: “Kalle and Nisse Sauerland, who are the brains behind the World Boxing Super Series, know how popular Josh is in Scotland, in Edinburgh and Glasgow.  I'm sure they are already talking about coming to Scotland.”

Meanwhile, Shane feels that Taylor learned a lot from his recent win over Viktor Postol.  The fight appeared closer than the 117-110, 118-110, and 119-108 scorecards turned in by Fernando Barbosa, Victor Loughlin, and Eddie Pappoe respectively, and McGuigan has told the East Lothian Courier that the contest was a great learning experience.

“He has learned against a guy who's dropped and stopped the best and has a fantastic pedigree,” he said.  “Postol nicked a few rounds early on but Josh came on so strong towards the end.  Josh still looked a bit reckless at times and he was trying to force the fight a bit at times but these are things that he'll learn from.  His next step in that learning curve will be a world title fight.”

He struggled with a inactive Postol. I will take Prograis to stop him if Taylor doesn't fake an injury to avoid the fight like Postol did.

[QUOTE=rudy;18915801]Nobdoy needs Hooker, he is not exciting so what is the point[/QUOTE] To have more belts in play for the winner.

I wonder if it will be Progis vs Taylor as their first fight? If so that alone would probably be the best fight of the entire series. If not it would most likely be their second

[QUOTE=rudy;18915877]His style is boring, he cannot punch, put him in, he wont go far[/QUOTE]Supposedly Hooker is fighting Saucedo next. We'll see what he's about then!

[QUOTE=Bronx2245;18915869]Another champion in the tournament is good for everybody![/QUOTE] His style is boring, he cannot punch, put him in, he wont go far