McGregor: I'm Ready To Change The Face of The Fight Game

Mayweather had nearly all of his 49 professional wins using eight-ounce gloves, which may accentuate one of his advantages - his hand speed. McGregor preferred the lighter gloves since he is used to the fingerless, four-ounce gloves typically worn in MMA.

While most pundits have McGregor, who has never boxed professionally, as a heavy underdog, the Dubliner said he was determined to prove the doubters wrong. 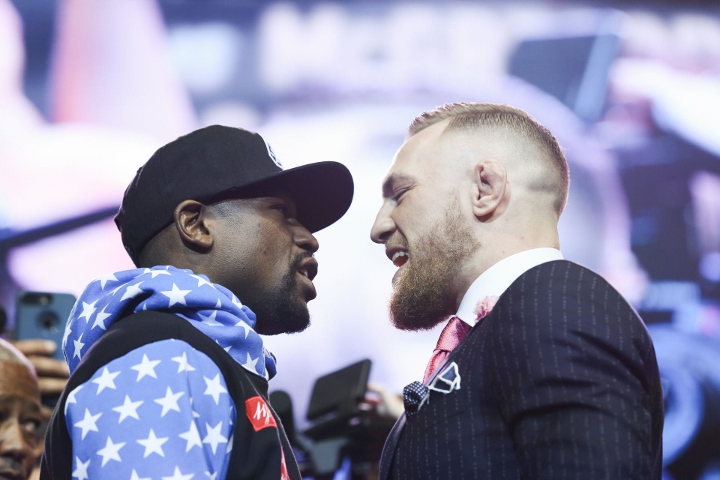 The Irishman said his gruelling preparations for the fight would enable him to triumph no matter how the fight develops.

Dana White, president of the Ultimate Fighting Championship (UFC), followed McGregor on the conference call and predicted the fight could even threaten the reported $600-million haul from the Mayweather-Manny Pacquiao 2015 showdown.

McGregor has been involved in numerous big events for the UFC. He believes that will give him some type of advantage when he steps in the ring with Mayweather.

Should McGregor pull off an unthinkable win, it would be the biggest upset in boxing history.

“I’ve been in this life a long time. I’ve had these mega-fights, I’m under this spotlight a long time,” McGregor said. “A lot longer than all his other previous opponents. That’s why he’s probably feeling that will come to his aid in there but I’ve experienced this time and time again.

“Couple that with what you’re talking about, the true fights in the ring. There’s no spars here. That referee is fully kitted, point deductions, and it’s a full on fight. I’m ready. We’re ready to go put on the performance of a lifetime. Of my lifetime, of my team’s lifetime. And I’m ready to go and change the face of the fight game once again.”