There are ongoing discussions for McGregor and Mayweather to face each other in a cross-sports boxing match. Mayweather, who retired from boxing in September 2015, announced last month that he would return to the ring for a single goal - to stage his 50th fight against McGregor.

Over the weekend, UFC President Dana White confirmed that he is trying to work out the financial details with McGregor.

Kavanagh, speaking in Sydney during his Win or Learn tour, took shots at Mayweather's past legal troubles. 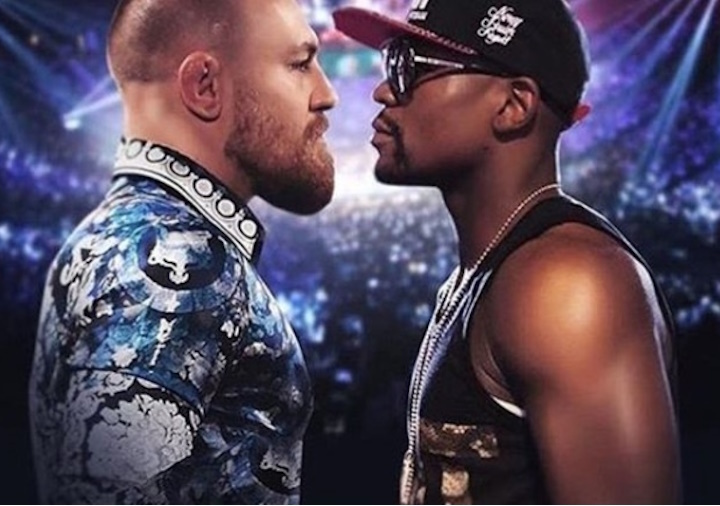 Mayweather has had his fair share of legal issues when it comes to women making claims of physical and verbal abuse. In 2011, Mayweather received a 90 day prison sentence for misdemeanor domestic battery - in connection to an incident with Josie Harris, who has three children with the boxer. Mayweather spent two months at the Clark County Detention Center in Las Vegas.

Kavanagh also watched videos where he felt Mayweather was abusing fighters at his Las Vegas gym. Back in 2014, the sons of former heavyweight champion Hasim Rahman sued Mayweather - claiming to have been physically abused at the facility. One of the claims included being forced into sparring sessions that allegedly last 31 minutes with no breaks.

"I do think Floyd Mayweather is pretty much a dirtbag," Kavanagh said. "He's beat up his girlfriends. I've watched (vision from) 'The Dog House' (Mayweather's boxing gym), he just strikes me of a real bully-type character, he makes these guys fight each other endless rounds until one is badly hurt. He's just not a good individual."

"That's his personality. Technically obviously he's a very, very sound boxer and his father was a great boxer. Actually his dad says he's going to knock me out for some reason I don't know why. I'm a fan of all his skills but as a human being the way he runs his gym, the way he carries himself - I mean it is a little bit of an exchange of styles like that so we'll see what happens."

"[McGregor is] already pretty much a legend in Ireland folklore at this stage. But to do that (face Mayweather in a boxing ring) - what can I do except tip my hat to him that he's embracing this challenge he wants to fight one of the best boxers of all time. This is just sport now and like I said, we grew up hearing you can't do that you can't do this and all the great challenges that Conor's risen to, this is just another one of those.

"Whatever way it goes, Conor walks away with a lot of money I don't think you can call him a loser regardless of the result. And what a great story - that we're gonna go into Vegas and fight the best guy in the world at his particular style so lets see what happens."

[QUOTE=Redd Foxx;17583583]It was meaningless. Wasn't more than a few more hours before a couple of the trolls on here accused me for being a pro-black Mayweather loyalist. I should stop letting the truth get in the way of their narrative.…

Never heard this one before lol I look forward to the build up/trash talking more than the fight. Hopefully Mayweather don't come with this Humble BS and come with the Trash Talking too

[quote=boxfan83;17583689]the thread is about floyd u dumb cuck not oscar, thats my point. U r trying to justify 1 mans wrong doings with another. U r protecting 1 man & smearing another & then trying to blame another man of…