Wilder and Fury fought to a controversial twelve round split draw in December 2018 at Staples Center in Los Angeles.

But in last month's rematch, Fury dropped Wilder twice and stopped him in the seventh round to capture the WBC heavyweight title at the MGM Grand in Las Vegas. 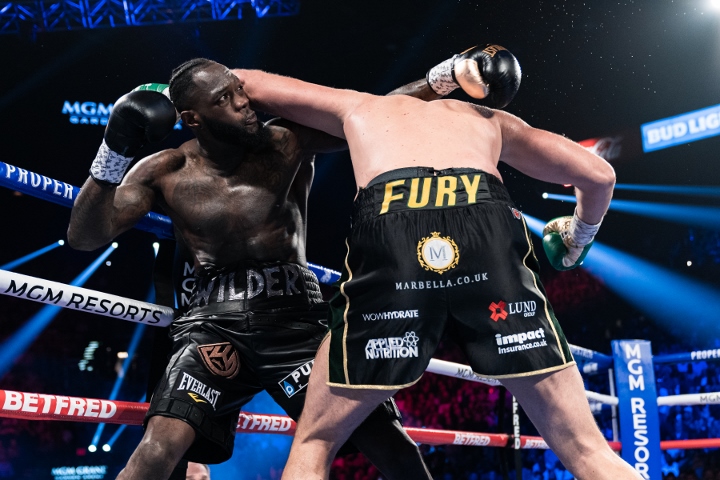 Wilder has already exercised an immediate rematch clause, which would see a third fight take place this.

The third contest was targeted for July 18th, but with the ongoing coronavirus pandemic it may get pushed back to a date in October.

McGirt watched the rematch closely and sees things that he can improve in the dangerous puncher.

"It's just little, minor adjustments, nothing major [to improve Wilder's defense]," McGirt said to ESPN. "Just minor things that fighters tend to get away from. There are things I know can be corrected. He needs to use more of his athleticism. I'm going to keep my secrets to myself, but I'm just going to tell you this: It's little things he needs adjustments on. He makes those adjustments, nobody is beating him.

"I think one thing he does is rely on his power too much. He doesn't set it up like he should. He has two hands, don't he? So, if one doesn't work, he has to use the other, then put them together until you figure it out. He's got to do different things to disguise that right hand.

"He's got to make sure that when he starts training camp, that his body is back to where it should be. Sometimes, if you lose a fight like that, if you face someone else in between, you'll never get the best out of your fighter. Because sometimes they have just one thing in mind -- the guy who just beat them and the way they beat you. So physically it's about how he's going to be. If he's OK physically, that'll make him better mentally. I just feel that if anyone's going to defeat Fury, it's going to be Deontay Wilder."

With the right adjustments he gives himself a chance at least. Letting himself get manhandled by a fighter so much bigger and stronger gave him almost no chance. Wilder will have to channel his inner Pacquiao, jump in and then…

Just don’t see Buddy being the solution here Maybe as of late , Buddy has changed but as far back as I can remember Buddy is pretty much a yes man Forget that , but what can he show Wilder…

Wilder will never recover psychologically from the beating he took against Fury. He looked unsure of himself right from the first bell and never at any point looked remotely confident in himself. He actually looked terrified at certain moments in…

I knew before, that MCGirt is the trainer Wilder need to have a chance in the third. :hitit: