Some last September's retirement of Mayweather Jr., the elder Mayweather has focused on training other fighters.

One of those fighters is rising cruiserweight contender Andrew Tabiti (13-0, 11KOs). 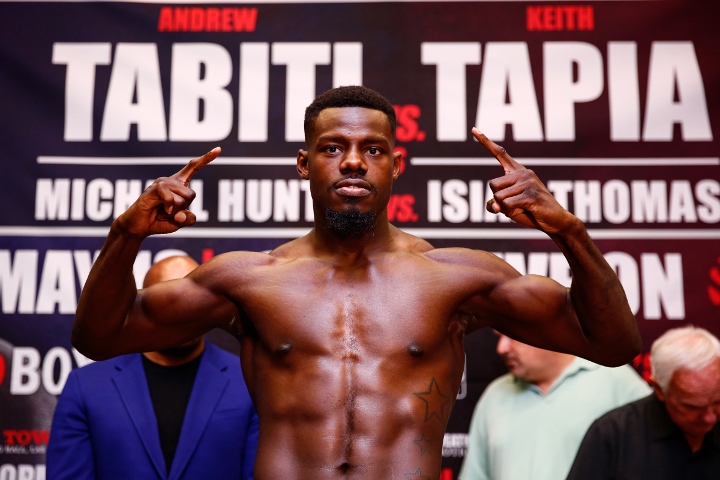 Tabiti is usually very active, but he's only fought once in 2016 - a Showtime televised victory on May 13th over Keith Tapia to capture the vacant NABF title. At age 27, Tabiti is one of the better up and comers under the Mayweather Promotions banner.

According to Mayweather Sr., Tabiti has just stopped coming around and he has no idea where the fighter is. He may have hooked up with a new trainer, but Mayweather Sr. is unsure.

"You know I got some guys in there. I got a lot of boys coming in and I’m training a lot of boys now. The guy that is Floyd’s cousin, Tabiti and a few others. I guess that he’s saying that “Oh Floyd will never be there or this and that” no I’ll be there. I’ll be there, he don’t be there. But the whole thing is, I don’t give a damn anyway, because I can do this or I don’t have to do it.

"It don’t make any difference with me, you know. Its real. So I’m just telling you that right now, I’ve got guys coming in right now and this other guys getting me guys right now, he’s bringing them in from out of town. I train different guys all the time."

Just yesterday I was wondering what happened to Tabiti. He is the complete package and hopefully he doesn't squander it and stays focused. He and Usyk would be a great machup.

Tabiti is good, but he is crazy if he thinks he can win something without training properly.