Mayweather Signs On For Celebrity Boxing Event - Will Not Fight

According to TMZ, there is a "huge" celebrity charity boxing match in the works -- with some big names being thrown around ... and the outlet reports that five division world champion Floyd Mayweather is now involved with the event.

TMZ has obtained a list of the combatants, who they say are big stars -- but they also caution that several of the names have not been officially locked up for the card.

Mayweather will not fight on the show. Instead, he will reportedly be one of the judges, tasked with scoring the fight. 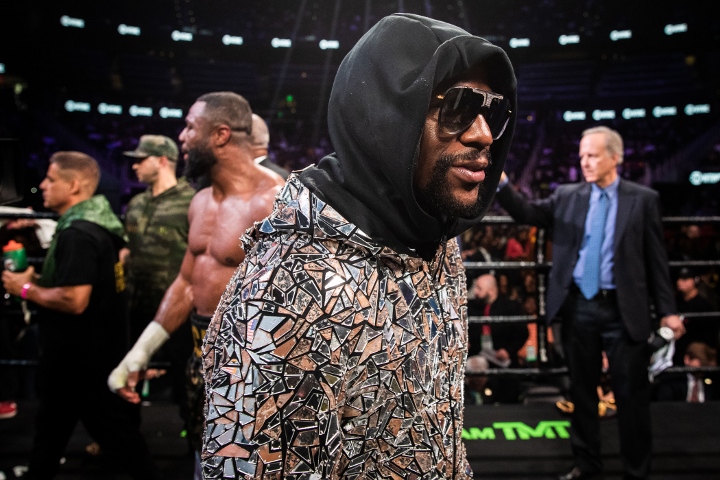 As far the combatants, TMZ was unable to reveal the names. But, they said "two of the name are big boxing stars" and "others are from the NBA, Hollywood, comedy and MMA."

The event organizers are targeting the end of June at a venue in Las Vegas ... and they are working with health and wellness website Celebrity Sweat to put the whole thing together.

One source indicates that the event is tentatively being called "Fight for a Cause" and will raise funds for the U.S. Military charities and COVID-19 relief.

On Wednesday in Las Vegas, it was officially announced that casinos were allowed to reopen on June 4. Several boxing and MMA events were approved for the month of June.

[QUOTE=Oregonian;20588633]———- Are you like an in-bred retärd? WTF is wrong with you? When and where did I even suggest that people come to read my opinion of you? Nobody gives a fück about you or me you dim witted Neanderthal!![/QUOTE]…

[QUOTE=TheMyspaceDayz;20587508]You think people come here to read your opinion of me? They come here to talk boxing and I’m kinda good at that. That’s all that matters. No one cares what triggers you. You’re the buffoon. Shut up already and…

[QUOTE=daggum;20587344]but floyd ducked marg so if he was a myth wouldnt he have taken him out like all the other frauds he fought like baldomir, guerrero, etc...big difference being marg was #1 for 5 years with wins over undefeated sergio…

[QUOTE=TheMyspaceDayz;20587280]Entitled? Just a guy who calls it like it is. Hang around long enough and you’ll see me for the realist I am. Delusional people aren’t correct as often as I am. I have no emotional ties to fighters which…