Mayweather: Had a Meeting With Haymon, I Can't Do It Anymore

Los Angeles - Five division world champion Floyd Mayweather Jr. (49-0, 26 KOs) has no intention of fighting beyond next month, when he snaps a two-year retirement.

On Tuesday, Mayweather had a meeting with his adviser, Al Haymon, and informed his long-time business associate that the upcoming pay-per-view fight was the final ring appearance of his professional career.

The 40-year-old former welterweight king, who retired with a perfect 49-0 record in 2015, will face UFC champion Conor McGregor in a boxing match on August 26th at Las Vegas's T-Mobile Arena on August 26 in what could become the richest bout in boxing history. 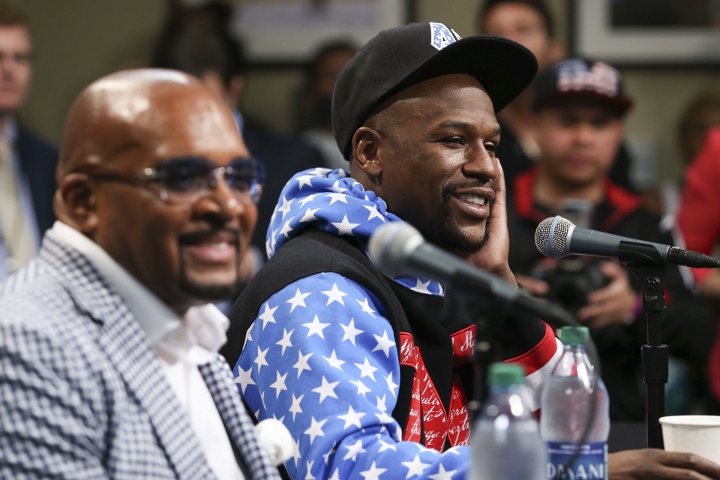 Irrespective of the result next month, Mayweather says he has already decided it will be his last fight.

Mayweather informed Haymon that the ongoing training camp is far tougher than he expected.

"After taking a couple of years off I was okay. But then we ended up somehow making this fight happen. "Now I really know that this is it. Deep in my heart I know this is it."

Despite his age and inactivity, the showdown with McGregor is widely viewed as a complete mismatch. Nearly every expert is predicting a one-sided victory in favor of Mayweather, and many of them believe the contest will come to a close within the first six rounds.

The build-up to Tuesday's event saw Mayweather face headlines that he has filed for an extension to pay his 2015 tax bill.

However he brushed off questions about his finances when asked.

"We ain't trippin' on that," he responded.

them peds taking a toll on that body. stay retired champ.

The 2 year layoff is the only thing that worries me even slightly about this fight. Being inactive is a real detriment to success

He should settle his tax issues then, so he doesn't have to fight. You can't go on fighting MMA guys for long ripping off fans.

Can't do it anymore? Good, just fuk off and don't ever come back.