Dadashev looked strong from the start, rocking Booth really bad at the end of the second round. Dadashev continued to let his hands go in the third, putting the hurt on Booth.

In round four, Booth lost a point for spitting out the mouthpiece. When the action restarted, Dadashev started unloading big shots on Booth and had him in all sorts of trouble to force the referee's intervention to stop the fight. 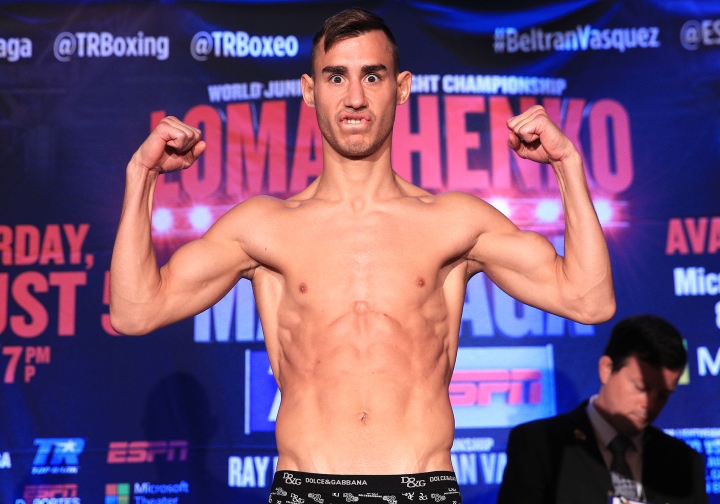 Dadashev turned pro last April and this was his fifth fight of the year, with his last four wins coming inside the distance.

Dadashev was a top amateur with over 300 fights and won numerous medals in the unpaid ranks.

In an upset, Evan Torres (8-5, 5 KOs) won a four round split decision over previously undefeated Quilisto Madera (7-1, 4 KOs). The fight was all action from start to finish and Madera appeared to get caught off guard by the brawling nature of Torres.

Imam dominated the fight and dropped Garcia in the fourth round. The referee felt Garcia had taken too much damage during the four rounds and stopped the fight before the start of the fight.

Dadashev looked way better against Clarence than Saucedo and Lipinets

You people exaggerates alot in your title. Enough