Young middleweight Walter Matthysse Jr., from Chubut, Argentina, a former amateur champion from the Matthysse family of world-class boxers, displayed quality and firepower in his pro debut, stopping in less than 3 minutes Dante Roman Cano on Saturday night at the Club de Ajedrez in La Calera in Córdoba, Argentina.

From the getgo, the nephew of former champ Lucas Matthysse, advanced forward at Cano, landing tough bombs on him, including a crushing left cross to the temple that rocked the unheralded Buenos Aires boxer to the core, propelling him to the canvas for the referee's count.

Once up, another barrage of damaging blows ensued, prompting the stoppage at the 1:45 mark in round one; the first pro win for Matthysse Jr., who is likely to see action again next week event in Cordoba. 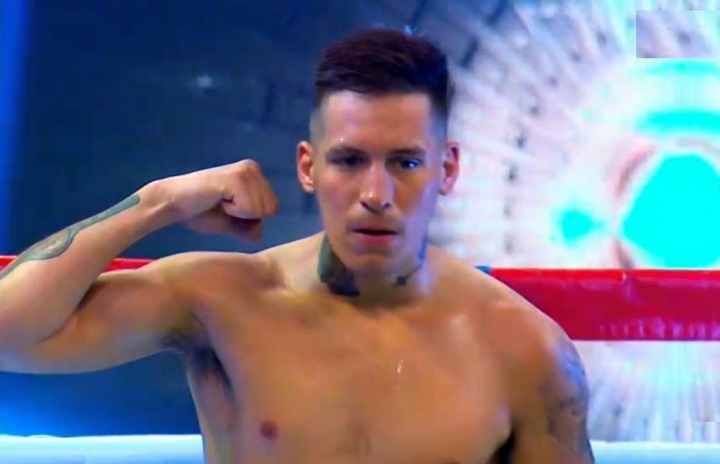 With the victory, Matthysse Jr., nicknamed in Argentina as "El Nino Terrible," feels ready to press forward on the same path in boxing that every single member of his family, including his mom, have already walked.

The love for all about boxing is in there for Walter as all his family members have been boxers, including his grandparents, his mom, dad, his uncles, cousins and brothers-in law.

His uncle Lucas was a popular champ; and his auntie, Soledad Matthysse, who fought to become featherweight world champion, is married to his coach.

Now its Walter Matthysse Jr's turn at bat, wishing him the best of luck.

There were no knockdowns nor cuts during the rather uneventful, monotonous battle; but Romero's more effective fighting at the distance using his jab and superior skills made him the rightful winner in the show aired live in Latin America on TyC Sports.

The promoter for the card was Sampson Lewkowicz in association with Tello Box, Agustino Cueros and the Municipality of La Calera in Córdoba, Argentina

always liked lucas. i felt he was not treated properly by the ref against danny garcia. he could have won that one.

[QUOTE=Roadblock;20902068]They pretty much all start out well as they have good advice and good training going in.[/QUOTE] Yeah Those early garbage time fights are sure to have 100 % success rates :lol1: Could JCC Jr be the most successful ?

[QUOTE=BodyBagz;20902000]Is there a success rate stat on kids who follow in their fathers footsteps ?[/QUOTE] They pretty much all start out well as they have good advice and good training going in.

[QUOTE=BodyBagz;20902000]Is there a success rate stat on kids who follow in their fathers footsteps ?[/QUOTE] He's the nephew of Lucas, not son.