It is the evening in which Sampson Lewkowicz promotes boxing there with the support of the National Boxing Council of Brazil (CNB) and the Uruguayan Commission for Amateur and Professional Boxing (CUBAP).

Matthysse Jr., 21, joined the ranks of Sampson Boxing in 2020 after an outstanding amateur career. ?? 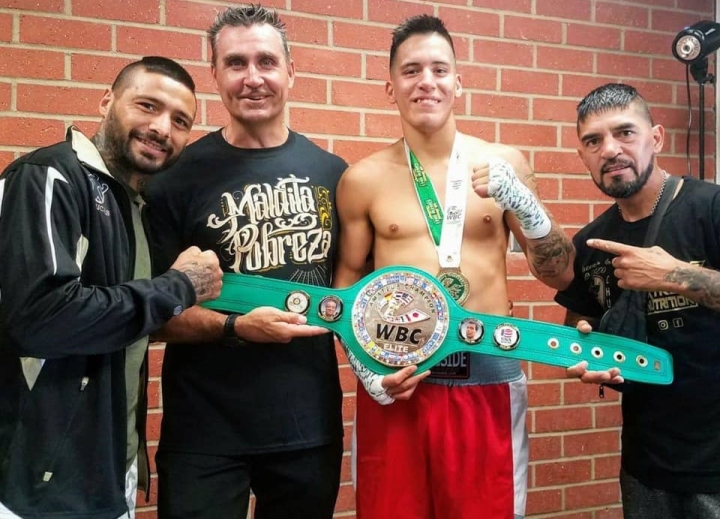 In the coming days, the opponent of Matthysse Jr  will be announced.

Given the interest that the event has acquired with the WBO title match between Leal vs Pinto, Matthysse Jr's pro debut, and the inclusion of three promising undefeated Uruguayans fighters (José Acevedo, Víctor Rodríguez and Jairo Albiso), Sports Channel TyC Sports will broadcast the show for Argentina and much of the American Continent.

Regarding the Uruguayan boxers, Acevedo will face Brazilian Pedro Guilherme Dos Santos (3-2-2) in 6 rounds; Albiso will do it against the local Ykaro David Silva Santos (2-0-0, 1 KO) at a distance of 4 laps, and Rodríguez will trade blows against São Paulo's Kenes Carneiro Mesquita (3-3-0), also in 4 chapters.

The following are the dates for the upcoming Sampson Boxing cards that will air on TyC Sports and TyC Sports Play:

[QUOTE=AdonisCreed;20776130]I never saw that fight I'm gonna see if its on YouTube.[/QUOTE] This is the best quality version I have found it's the full fight only goes 2 rounds…

Fighting family. Lucas/Walter sister was a world champion boxer I thought too

[QUOTE=Kannabis Kid;20776041]His dad had some power but I'll never forget him getting knocked out by Kermit Cintron that was a brutal KO he has a good team around him though and maybe he can make some noise with Sampson he…

[QUOTE=juanpablo;20776011]Someone failed at editing this article[/QUOTE] Absolutely. An epic fail at that lol