Matias: I Spent My Time Preparing For Sharks, Wound Up Getting Caught By A Lizard

It’s not so much the fact that he suffered his first loss, but the manner in which he conceded his unblemished record which still doesn’t sit well with Subriel Matias.

What was hoped to serve as a breakout campaign instead became a setback for the junior welterweight knockout artist from the Maternillo section of Fajardo, Puerto Rico. Matias was dropped and eventually outpointed by Armenia’s Petros Ananyan this past February at the MGM Grand Garden Arena in Las Vegas this past February. 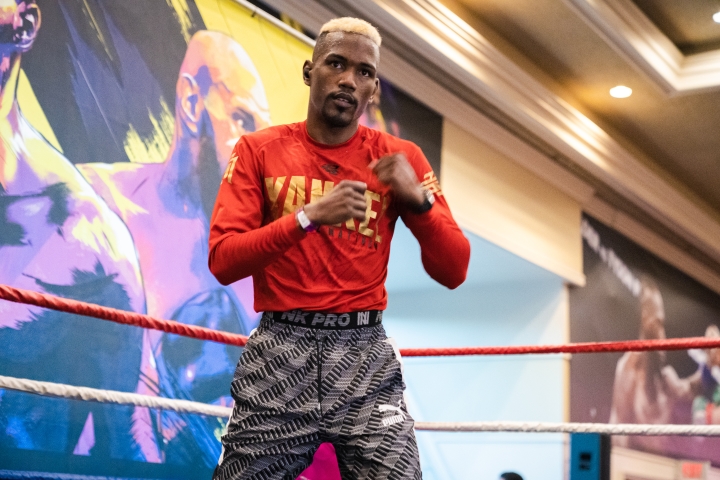 The defeat snapped a perfect 15-fight knockout streak in as many pro bouts, in addition to taking place on the highest stage of his career. Headlining the show was Tyson Fury’s 7th round stoppage win of Deontay Wilder to reestablish his lineal heavyweight championship reign, with Matias appearing on the undercard in his first fight under the Premier Boxing Champions banner.

“I don’t think I did things the way I was supposed to,” Matias (15-0, 15KOs) confessed to BoxingScene.com. “As a result, I disrespected my fans, my promoter, my managers and all my people in my Maternillo neighborhood.

"I made mistakes as a human. I spent my time preparing for sharks and wound up getting caught by a lizard.”

Matias isn’t taking the easy way out in attempt to return to the win column. The 28-year old pure puncher faces rising unbeaten prospect Malik Hakwsin (18-0, 11KOs) as part of a Showtime tripleheader live from Mohegan Sun Casino in Uncasville, Connecticut. As part of his atoning for his personal shame, Matias went into seclusion to prepare for this fight along with generally avoiding the public for reasons other than social distancing.

“I want to take this moment to apologize for my disappearance from social networks,” notes Matias in avoiding his fans for the past several months. “What I won’t apologize for is losing the fight; that is part of boxing. There is nothing written inside the ring that says you can’t lose.

“What I can do is learn from that night and accept it as part of the (maturation) process. For this fight, I had a great camp with my head trainer, Freddy Trinidad and will do everything in my power to get this victory.”

But from what I seen in his 1st ass whipping he not going anywhere anyhow. He’s ok at best no special effects!

[QUOTE=KTFOKING;20836642] [B]I don't think Hawkins is all that great [/B]so Matias will definitely have a shot if he did the proper training unlike his last outing.[/QUOTE] hawkins is a bum.

[QUOTE=Eff Pandas;20836584]Jake need to get his splelchcek fixed.[/QUOTE] :lol1: It does my nut in when I see all these typos. At least give your work a quick proof read for shít sake!

[QUOTE=Citizen Koba;20836649]That's exactly the issue innit? If it was the pre-Dadshev Subriel I woulda been saying a KO with little hesitation. Now? :dunno: Ah ****. Now you've made me think about it I just decided to change my Pick on…