The tireless of those on the front line fighting the coronavirus pandemic has not gone unnoticed, least of all in the boxing industry.

Matchroom Boxing has extended its appreciation by donating 200 tickets per boxing event to National Health Service (NHS) workers in the United Kingdom, the promotional outfit announced on Saturday.

“We’ve been thinking about how we can say thank you to the incredible NHS workers that have selflessly helped everybody through this COVID-19 crisis,” Eddie Hearn, managing director of Matchroom Boxing stated. 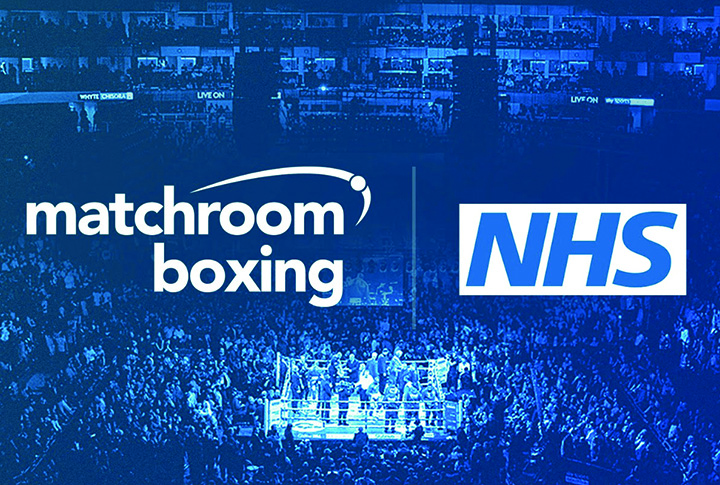 “They’ve been absolutely amazing and from our side at Matchroom Boxing we are announcing a new scheme for when we get back to our live shows where we will be giving away 200 tickets to NHS workers for every Saturday Fight Night and PPV show around the country from hopefully this summer forward.”

The policy calls for tickets to be made available to NHS staff members for 12 months once the sport is given clearance to resume as normal. The offer is for Matchroom Boxing's Saturday Fight Night and Pay-Per-View events in the UK, which has been issued a "stay-home" order by Prime Minister Boris Johnson earlier in the week.

More than 17,000 cases of COVID-19 have been reported by the UK, which has sadly pushed past 1,000 deaths as this goes to publish. Both figures put the UK among the ten worst-plagued nations in the world since reporting its first case on January 30.

From there have come a number of postponed and canceled boxing events, including nearly every show scheduled for March and April. Matchroom still has at least three UK-based shows scheduled to take place in May, though all coming with the acknowledgement that they will likely be postponed until June or later.

Still, whenever those events—which includes the UK return of unified heavyweight titlist and national hero Anthony Joshua—are back on the schedule, NHS workers can expect to be honored with an expression of appreciation from UK's leading promoter.

“We can’t thank you enough for all of your support,” notes Hearn. “NHS workers, you have been absolutely incredible, and you are the pride of our country.

“Stay well everyone, stay safe, stay at home and we’ll get through this soon.”

This being the forum, I guess I shouldn't be shocked by the number of negative replies to this. Can't even do something positive without being accused of ulterior motive. I weep for so many of you.

All people have different manners to demonstrate their gratitude in different ways, like this one. Nothing wrong in that. :boxing:

[QUOTE=_Rexy_;20485274]People out here donating medical supplies and money, meanwhile Hearn is giving out tickets to shows that nobody is going to.[/QUOTE] Theres a shortage of PPE, where do you think get can get enough supplies to donate? Also the UK…

I wonder how many of the simpletons pissing and moaning about this have actually donated any money/time to help their local hospitals ?? I think its a great idea to give the doctors/nurses etc opportunities to have a free night…