The taller Saldana (10-0, 5 knockouts) rained punches down on Valenzuela, who attempted to get on the inside of Saldana’s long reach.

The 21-year-old Saldana of nearby North Hollywood continued to overwhelm Valenzuela in the second and third rounds. Valenzuela was not visibly hurt from the punches, but attempted to cover up as Saldana mounted a series of attacks. 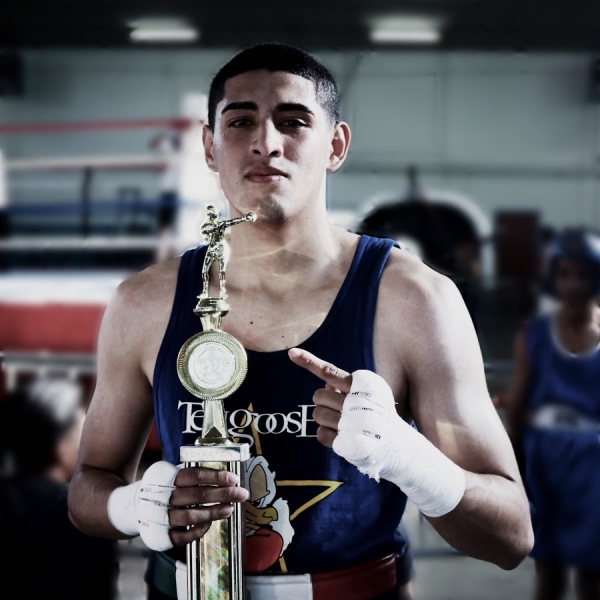 A combination to the head of Valenzuela prompted referee Zachary Young at 1:33 of round three.

Valenzuela, who is originally from Tijuana, Mexico and now resides in Bakersfield, California, falls to 5-13-2, 5 KOs.

Gutierrez (7-3-2, 4 KOs) was the more-effective fighter during the first two rounds of the fight. The southpaw Castro (2-5-1, 2 KOs), with WBA junior featherweight titleholder Danny Roman in his corner, connected with several left hands to the head during the second half of the fight.

Welterweight Jhon Sanchez Leon knocked out David Morales in the opening moments of the fourth round.

A cut opened over the fight eye of Morales (2-3-1) within the first minute of the opening round. Blood oozed out of the cut, making it difficult for Morales to see.

Both fighters stood in the pocket, with Sanchez Leon (6-1-1, 4 KOs) landing the more-telling punches. Morales’ left eye began to swell and, by the end of the third round, was completely shut.

The fight was stopped at 2 seconds into the fourth round as the ringside physician advised referee Rudy Barragan to stop the fight.

The southpaw Vardanyan closed the distance between the two fighters, initiating exchanges and connecting left crosses and right hooks to the head of Teague (6-25-4, 3 KOs).

All Star Boxing Promotions, which is run by Ed Holmes, promoted the card.