The Colombian contender stopped journeyman Jose Estrella with a body shot in the fourth round of their scheduled 10-round featherweight fight on the Miguel Berchelt-Miguel Roman undercard at Don Haskins Center in El Paso, Texas. Marriaga’s hard left to Estrella’s body sent the Mexican veteran to the canvas and left him writhing in pain.

Estrella couldn’t get up before referee Rocky Burke counted to 10. The time of the stoppage was 2:43 of the fourth round. 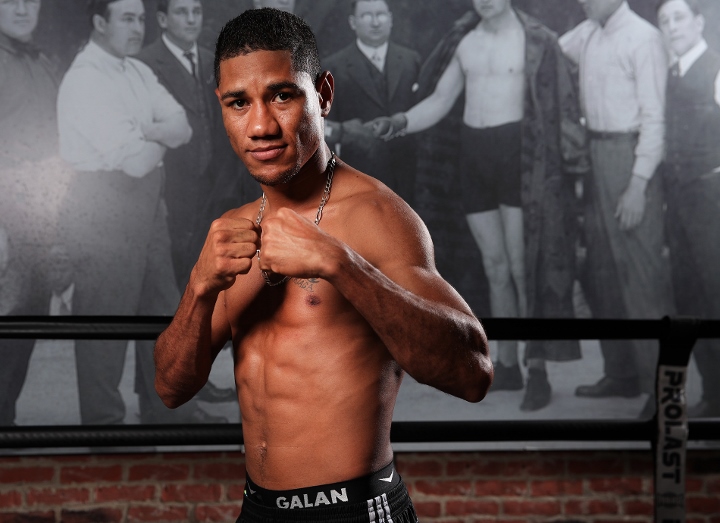 He answered Burke’s count and made it to the end of the round.

Estrella started strong by using his jab in the first round. Marriaga slowed him down by landing a hard right to the body during the second round, when Marriaga applied pressure and didn’t allow Estrella to get off punches.

Marriaga has knocked out both opponents since his TKO defeat to Lomachenko (11-1, 9 KOs) in August 2017. He moved back down to 126 pounds after losing that WBO 130-pound championship match to Ukraine’s Lomachenko in Los Angeles.

Conceicao, a 2016 Olympic gold medalist from Brazil, won by the same margin on each of the three scorecards (80-72). Conceicao, 30, upped his record to 10-0, yet failed to record a knockout for the fourth time in his past five fights.

The bigger, faster Conceicao basically took target practice on Laviolette throughout the first half of their fight. He landed an assortment of power shots to his opponent’s head and body, but never appeared to hurt Laviolette (9-2, 5 KOs), who hasn’t been knocked out as a pro.

By the sixth round, Conceicao appeared content to land occasional shots and win a one-sided decision.

Rodriguez said: "I was anxious and excited to get back in there after such a long time out of the ring. It was a long time coming, but I did what I had to do and got the job done."

* Right hand knocked Andrews down for the count

Believe it or not I would actually give Conceicao a chance against Ito. Take that chance. Probably won't get any easier than that.

They need to take a chance on Conceicao sooner rather than later. He is 30 years old. Needs to make moves as soon as possible. He doesn't want to end up like the Falcao brothers. 2012 Olympians who have yet…

Conceicao is the worst gold medalist I have ever seen as a pro. Slow, telegraphs punches, wide swings, slaps, little power at best, just doesnt have the IT factor at all for a former gold medalist.